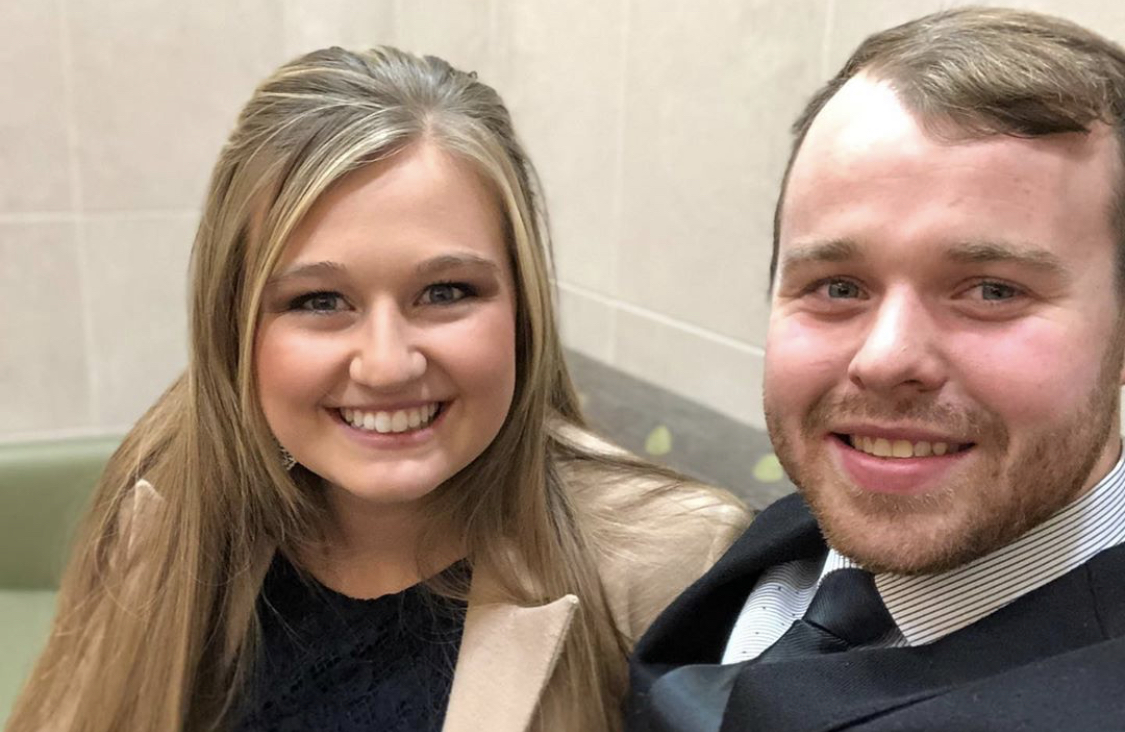 On social media Sunday, Joe and Kendra Duggar shared a new family photo. The couple shares an account on Instagram as several other Duggar couples do. It’s unclear who posted the new picture, but most fans assume that the wives use Instagram more than their husbands do.

The picture that the couple posted features Joe, Kendra, and their two kids, Garrett, 1, and Addison, almost 3 months. The family is all dressed up, so fans assume that the picture was taken after church. In the caption, the family wished their followers a “happy Sunday”.

In the comments section of the post, Duggar fans are talking about the sweet picture. One said, “Garret, looks like daddy and Addison, looks like mommy. Both are precious!! ❤️ (sic)” Lots of other commenters agreed that Garrett and Joseph look alike while Addison and Kendra look alike. Fans are also commenting on how cute the kids are.

Because Joe and Kendra don’t post often in social media, fans are always excited to see new pictures of the kids. Social media is a good way for fans to stay up-to-date when new episodes of Counting On aren’t airing on TLC.

Garrett shows off his personality

On the Duggar couple’s Instagram stories, they shared another family photo. In this one, one-year-old Garrett is making a funny face. He’s sticking out his tongue and being silly. 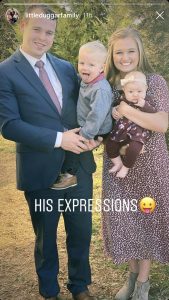 While the couple probably adores Garrett’s silliness, they’re likely thankful that they got at least one good picture. In the first picture they posted on Instagram, everyone is looking at the camera.

In November, the family of three became a family of four. Their little girl joined the family near three months ago. On social media, they wrote, “Addison Renee has made us a family of four and we are already so in love with her! She made a quick arrival in the early hours of the morning and has already melted our hearts. We know Garrett is going to be a great big brother. Children are each a special gift from God and we are so happy our newest blessing is here.”

Addison is one of three Duggar baby girls born in November. Josiah and Lauren had their first daughter, Bella Milagro. Then, Anna and Josh had their third daughter (sixth child), Maryella Hope. 2019 was a busy year for the family, but no news of more babies has been announced.

What do you think of the new family picture Joe and Kendra shared? Do you follow them on social media? Leave a comment below.