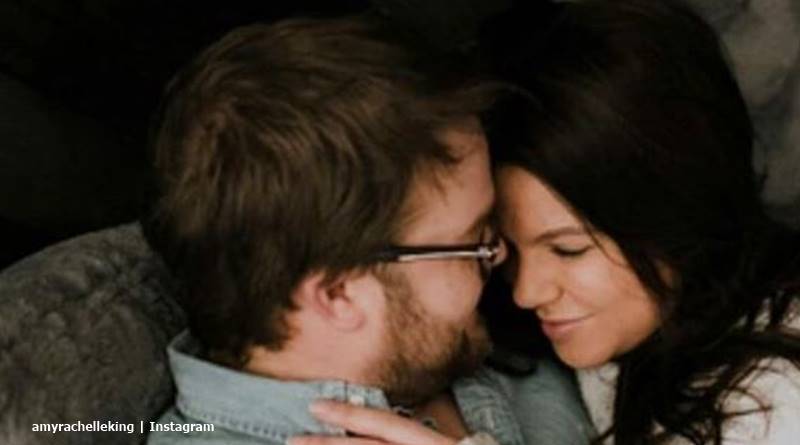 Duggar fans heard from Amy King, that Dillion expanded their budding business empire in Arkansas. Very excited, she shared a photo of the place. Certainly, it looks very good, and fans suggested it totally vamps up the shopping complex. It’s in the same place as her shop called 3130 Clothing. But, as the new outlet deals with cigars, someone trolled on her. Amy defended Dillon on her Instagram.

TV Shows Ace reported the announcement of the new store that opens in February. At the moment, the new website for it explain’s Dillon’s “hiring.” Amy explained jokingly, that Dillon went a step further than most people with his “He-shed.” Instead of a “man-cave,” he opened his store that deals in cigars, whiskey and fine plates. Many fans congratulated them, but one person thought the post a good opportunity to troll on Dillon.

InTouch Weekly found the troll’s comment and noted that Amy told them off. But, Amy Duggar King’s always polite even when dealing with trolls. Actually, the outlet noted that she’s straight and very real and that probably accounts for why she’s so popular. She and Dillon seem deliriously happy since their baby boy arrived. Their first business seems to do very well, and Dillon certainly stood by her through her pregnancy.  It’s pretty obvious that Dillon won’t do anything to hurt his family. So, it looks like Amy got a bit irritated by the follower who suggested he would.

On her Instagram, the hater wrote, “Congrats!… kinda sad your hubby is so young and into smoking.” Then they explained their reasons for their comment. They added, “Smoking killed my grandpa and it’s a horrible thing to get into and to put your family in harm by second hand smoke.” Well, it seems that everyone’s different and probably the hater felt their reasons valid for the comment. But really, other fans know they couldn’t possibly know Dillon’s smoking habits.

Amy Duggar King wrote back to them. She explained, “you don’t inhale the smoke with cigars.” Additionally, Dillon “also showers and changes before he holds Dax.” But, being Amy, she refrained from being too harsh on the hater. Her final sentence read, “Thank you for your concern though.” One fan agreed with Amy about cigar-smoking being different. They noted, “most people don’t know this! Cigars are not the same as smoking.”

My Husband needed a man cave that had ventilation for his cigars sooo…instead of building a He- shed he designed this… Opening Feb 1st!! #proudwifemoment Sign looks awesome!! @signstudio Follow along!! @wellingtonnwa

Another person trolls on Amy gets ignored

After she said her piece, another hater failed to get a response from Amy. In fact, ignored, the trend of the conversation came to an end. That person wrote, “you can still get mouth cancer but ya who cares?”

What do you think about Amy Duggar King’s comeback to the hater? Did you know that cigar-smoking’s different from ordinary cigarettes? Sound off your thoughts in the comments below.

Remember to check back with TV Shows Ace often for more news about the Duggar family, Amy King, and her husband Dillon.