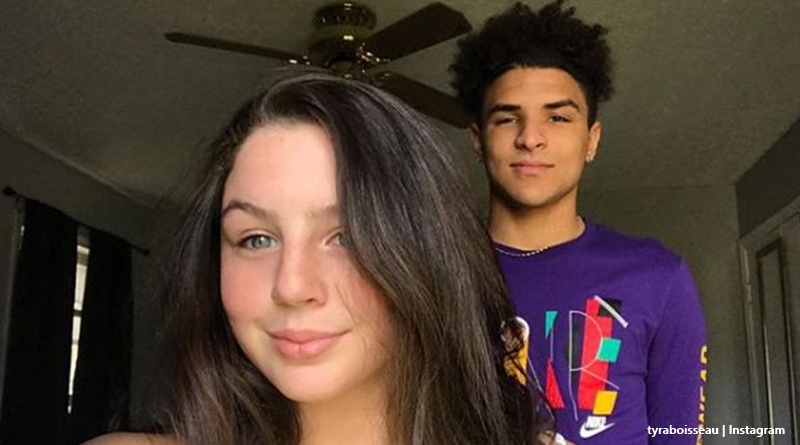 Unexpected fans heard from Tyra on YouTube, that she and Alex deal with trust issues. So, they decided to rather focus on co-parenting rather than being boyfriend and girlfriend. Obviously sad, she cried in her video. But on his birthday on Friday, she said Alex is the “the best dada” to their daughter.

On Friday, Tyra shared a cute picture of Alex lying on his back while their daughter Layla lay on his chest. She captioned it with, “happy birthday to the best dada in the world.” Fans reacted to the message and lots of them wished Alex a wonderful birthday. But other fans talked about the split between the couple. One, not aware of the video about the split wrote, “happy birthday!!!!! You guys are my absolute favorite couple ever!!! 💕 Much love to you three!”

One Unexpected fan responded to the comment, saying, “they broke up, did you not watch tyras last video?” Well, it turned out they didn’t and wanted to know “the reason.” Actually, more than one fan didn’t know why they broke up. Those who watched the video noted how sad Tyra was in it, but the details of their separation were a bit vague.

Tyra had trust issues with Alex

TV Shows Ace reported on the split. We noted that Tyra actually mentioned that she dealt with some trust issues. She felt that to be fair to Alex, that it was better to rather just focus on being a mom and dad to their daughter. Bear in mind, she’s been working hard studying at college. Being a busy mom and holding trust issues with her man seemed just too much. Obviously, she still loves Alex a lot. After all, she cried, and now she wished him a happy birthday.

If they can’t get along as a couple, at least they seem fine with co-parenting their daughter. But it looked like all was not that great for some time now. TV Season Spoilers actually predicted a breakup weeks ago. That came after they stopped following each other on Instagram. Often, that’s a sure-fire way of letting fans know there’s a problem. Potentially, though, from the fact she’s sharing pics of Alex again, the Unexpected couple could find a way out of their current situation.

Fans love that Alex is a good dad

While saddened about the breakup, fans applauded Alex and Tyra for making such a good effort at co-parenting. On her Instagram, one Unexpected fan noted, “I see your pain in ur video. It’s great she has a good dad. So many young dads don’t fulfill the shoes. My daughters dad included. It’s great you too have this relationship. I really hope it works out for you too!” Another one said, “Happy Birthday Alex! You guys are co-parenting so well. 😊”

What do you think about Tyra saying Alex is “the best dada in the world?” Do you think it’s great that despite their own issues, they don’t let that stop them from being good parents to Layla? Sound off in the comments below.

Remember to check in with TV Shows Ace often for more news about TLC’s Unexpected.