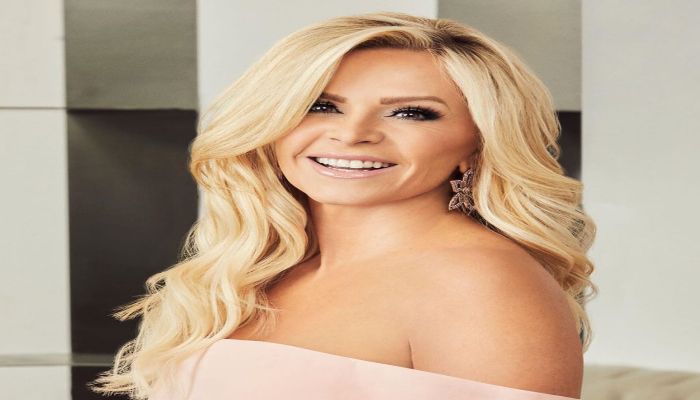 A day after The Real Housewives of Orange County star Vicki Gunvalson bowed out of Season 15, another shock came for fans. The second-longest cast member, Tamra Judge, is also done with the reality show before filming a new season even starts.

Bravo exec Andy Cohen DID promise cast shake-ups, but long-time viewers never expected to be a shake-up like this. TV Shows Ace reported speculation last week that Tamra had started filming Season 15 after being spotted with a camera crew.

However, now it turns out the Cut Fitness owner must have been filming something else.

Then known as Tamra Barney, the blonde vixen joined The Real Housewives of Orange County during the show’s third season. Her first season aired in late 2007 before wrapping up almost exactly twelve years ago, on January 29, 2008.

Tamra is a love-her-or-hate-her personality that sparked a lot of drama. She often tangled with former co-star Gretchen Rossi. Vicki Gunvlason may be a close friend to Tamra these days, but they shared many ups and downs.

People magazine reports that like Vicki, Tamra was offered a limited role on The Real Housewives of Orange County. Rather than taking a ‘friend’ role, Tamra chose to move on with her life.

She told the magazine that she is looking forward to a life off camera. Tamra said,

I was offered a chance to come back to the show in a limited role, but would prefer to walk away on my own terms.”

The news comes after a tense Season 14 in which Tamra was accused of creating drama. The other women called Tamra a pot-stirrer and fans often expressed disdain for her behavior.

Andy Cohen shot down rumors of the cast list for the upcoming season of The Real Housewives of Orange County. The rumors came on the heels of newbie Braunwyn Windham-Burke posted a photo of a camera crew setting up outside her home.

The star then thanked co-star Kelly Dodd for spending the day with her, leading to rumors about their RHOC return. Rumors also circulated that Tamra Judge had been fired.

The reality star removed all traces of the Bravo show from her social media, causing panic among fans. Tamra shot down the rumors by putting the orange emoji back on her social media.

However, all traces of RHOC, including the orange are once again missing from her social media. She posted a short message on Saturday, confirming her departure. In her interview with People, Tamra gave a heartfelt farewell to the fans for supporting her.

Will you miss Tamra on The Real Housewives of Orange County? Chime in on the comments with thoughts about her departure.

The Real Housewives of Orange County will return to Bravo later this year.