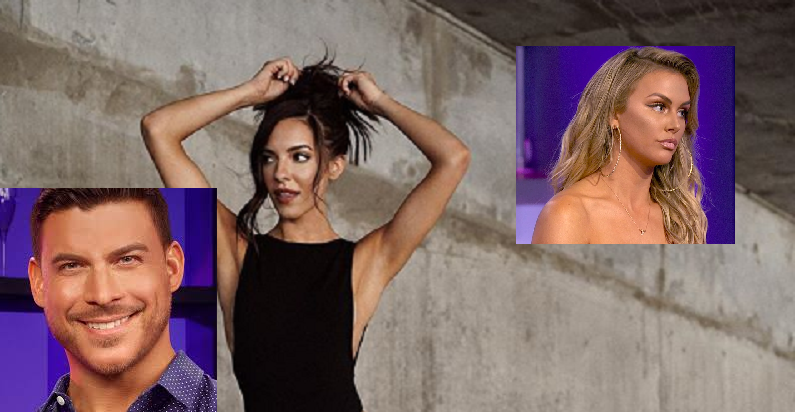 Vanderpump Rules viewers were introduced to Charli Burnett on Tuesday night. She appears to be getting along with Scheana Shay. Maybe it’s because she looks like a mini version of her. But that’s not the same for the rest of the VPR cast. According to new reports, her fellow cast members have already been talking about her behind her back.

It looks like she’ll become the new outsider this season. Charli has become the second least popular cast member to talk about pasta. The first is James Kennedy, who coined the iconic phrase, “It’s not about the pasta!” Charli revealed that she never ate pasta because she associates it with obesity. So, how do her cast members feel?

Scheana Shay is so happy to have Charli Burnett around to discuss boys and fashion with. The two also got along well when they trashed Dayna Kathan. Charli is also making waves for her remarks on pasta.

During the last Vanderpump Rules episode, she revealed her “theory” that pasta is what causes people to get fat. Not fast food. Not junk food. Pasta.

Jax Taylor weighed in on the infamous pasta discussion. As Reality Tea reported, he called out her bluff. Now he knows a thing or two about lying. So, maybe he can tell when someone else is lying.

Pasta is a very hot topic on VPR. #CommentsByCelebs

According to the Instagram page called Comments By Bravo, Taylor wrote: “You’re gonna tell me you never had @kraft_brand mac n cheeses? I feel sorry for you! But I also think you’re full of [insert poop emoji here].”

He’s not the only Vanderpump Rules star who commented on the new girl. As TV Shows Ace previously reported, Lala Kent does not hold back on her feelings. She watched Tuesday night’s episode with the rest of us Bravo fans. And like the rest of us, she shared her thoughts on the new cast member. She took to Jax’s Instagram post to respond to weigh in on Charli’s pasta theory.

“She’s a f***ing moron,” Lala wrote in the comments. A fan responded: “Yikes…a little harsh over some mac n cheese.”

“Saying you don’t eat pasta because that’s the reason people are ‘fat’ is a stupid thing to say,” Lala said.

As for James Kennedy, he joined the pair’s conversation with laughing face emojis.

Everyone knows that new people aren’t welcome at Pump. Stassi Schroeder made her appearance on Access, where she was asked her thoughts on the new cast members. She revealed that she has met a few of them and likes them. Then she revealed what she really thought about Charli. When she was asked about the new girl, the first word that popped into her head was “Scheana.”

“They look alike. And they dress alike,” Stassi added. “I think [Charli] is a little more soft-spoken, but sometimes I get confused when I see them. Same outfit, same look.”

I’m happy on the inside.

She also called Danica Dow “another Scheana.” Then she added, “I can try and think of another one for Danica…’extra.’ It doesn’t look like Stassi is a fan of either Charli or Danica. But Stassi admits that she hasn’t really taken the time to get to know Danica. That all could change by Season 9. It’s been rumored that Danica has been asked to do another season of Vanderpump Rules.

What are your thoughts on Charli Burnett’s pasta theory? What do you think of the new cast members this season? Sound off below in the comments section.