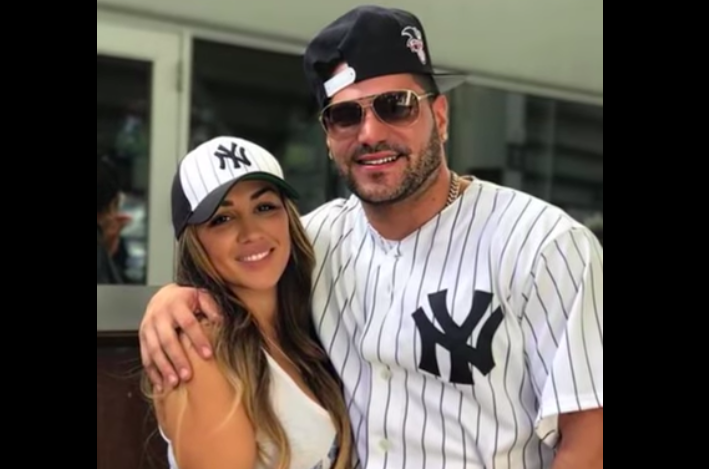 On January 1, 2020, Ronnie posted his top nine photos from Instagram. Nearly every single one featured his beloved daughter.

Ronnie’s estranged baby mama, Jen Harley, was sharing new social media posts recently. She even captioned her latest picture, “Save the drama 4 your mama.” Fans believe this post was alluding to Ronnie drama.

Ronnie and Jen were first romantically involved in 2017. Their first and only child, Ariana Sky, was born in April of 2018. And, they have certainly had a crazy relationship over the years.

The drama between the pair was endless for their entire relationship. Even a break-up has not slowed things down.

In May of 2019, TMZ reported that Jen Harley was arrested for a 2018 New Year’s Eve incident. Reports claim that when she allegedly threw an ashtray at Ronnie.

Then in October of 2019, the tension between Ronnie and Jen reached a boiling point again. InTouch says that Ronnie was arrested on suspicion of domestic violence and kidnapping following a heated dispute with Jen.

The never-ending drama between the exes is preventing Ronnie from spending much time with his little girl. To no surprise, the tension exploded again on January 11, 2020.

Us Weekly states that Ronnie was sleeping when Jen came into his house and tried to poke his eye out with some eyeliner and then hit him across the face. This then led to a back and forth argument about who is truly on the receiving end of their restraining orders.

Jen’s lawyer claims Ronnie is the subject of the restraining order. But, Most recently, InTouch stated that Ronnie was reportedly granted an emergency order for protection against domestic violence. The order was granted after he claimed Jen assaulted him during another heated dispute.

Ronnie’s Back for Season 2

Share your thoughts on all things Jersey Shore in the comments below. What do you think of the Ronnie-Jen drama? Whose side are you on?

Also, don’t forget to check out more about what the Jersey Shore cast is up to.