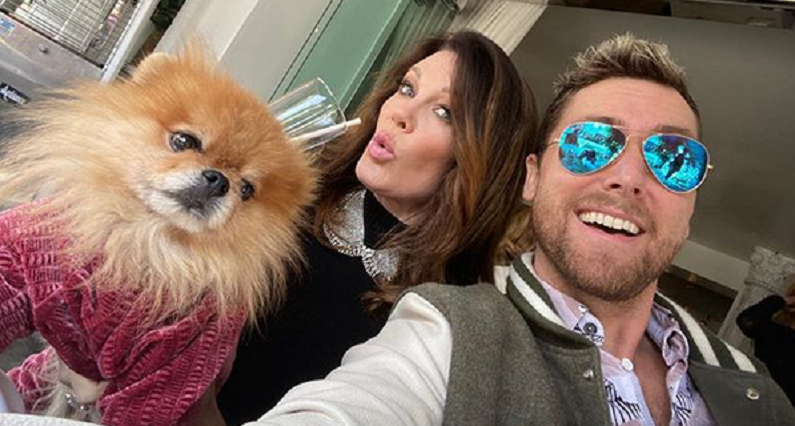 Lisa Vanderpump always finds herself apologizing for the people who work for her. Max Boyens’ racist tweets surfaced on Thursday, Jan. 16, and had Vanderpump Rules fans fuming. As reported by TV Shows Ace, the new Vanderpump Rules star could quickly lose his job. Fans are wondering if Vanderpump will be the one to fire him and when.

Well, not necessarily. A new report revealed that the decision isn’t entirely up to her. While she may have authority over the cast on Vanderpump Rules, she can’t call the shots at all of her restaurants. Firing Boyens won’t be that easy for her, even if she wants to do it.

As reported by Radar Online, Vanderpump “doesn’t have the power to fire Max.” The alleged snitch told the outlet that Bravo has all the power. The network “is going to let this season play out before they make their decision.” They want to see how well Boyens fits in with the rest of the cast and how well he’s received by the fans. It’s safe to say that he’s already not a fan favorite.

His racist tweets from 2012 were discovered by a fan of the show. The 27-year-old used the n-word countless times. He also made offensive remarks about Asian people and used homophobic language. The TomTom general manager apologized for his offensive tweets in a statement to People.

“I want to sincerely apologize for what I tweeted back in 2012 – it was wrong on every level,” Boyens said. “It is not a representation of who I am. I am shocked I ever tweeted that – and am disgusted and embarrassed. – I am truly sorry.”

A second insider told Radar Online that Boyens can’t rely on his new gig. There’s still a chance that he could get canned. However, Vanderpump doesn’t want to see anyone lose their job. The insider revealed that she’s currently in talks with him. That same insider also went on to say that Vanderpump has given Jax Taylor and James Kennedy many chances despite their lewd behavior.

“Lisa is handling the situation and doesn’t want anyone fired with the show just starting,” the insider said. “She’s heavily reprimanded Max and is discussing what will happen.”

She feels like a mother figure. Vanderpump has a forgiving heart and feels that Boyens is truly sorry for what he did. She wants to give him another chance but isn’t sure what to do. But she has to do what she feels is best for her business and for the show.

Kristen Doute has a shocking secret about Lisa Vanderpump

Everyone knows these two castmates have battled for years. Doute worked at the SUR restaurant until she was fired back in Season 3 of Vanderpump Rules for telling manager Diana off in a not-so-nice way. Fans have wondered why Doute was never given a second chance even though Kennedy and Taylor have been fired numerous times.

No one knows why. The two have steered clear of each other even though Vanderpump is a producer of the Bravo series. Now Doute wants to expose some secrets about LVP that some people may not know. But it’s not as malicious as you may think.

Doute revealed to People TV that Vanderpump has a wonderful singing voice. When she used to work at SUR back in 2008, she would witness Vanderpump’s family performing in the restaurant. She also recalled watching Vanderpump sing and play the piano with her daughter Pandora. It’s a shame that the restaurateur doesn’t perform at her restaurants anymore. What a treat that would be for Bravo fans.

What are your thoughts? Do you think Lisa Vanderpump will end up firing Max Boyens? Sound off below in the comments section.

Don’t forget to check back with TV Shows Ace for the latest news on the cast of Vanderpump Rules.