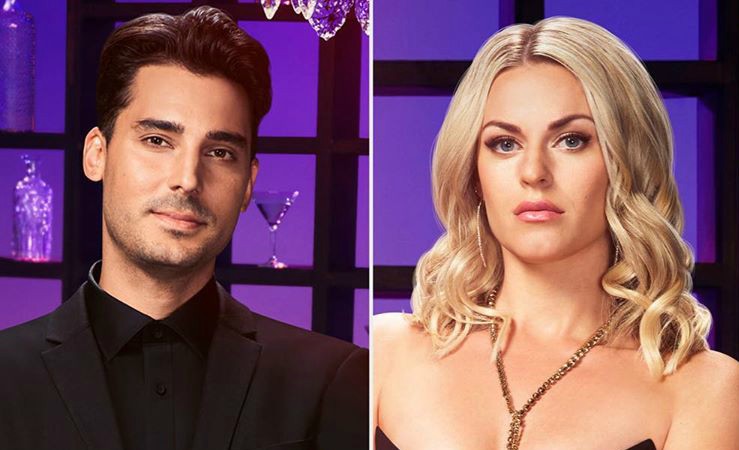 The two quickly hit it off, flirty and setting up a date. However, it turned out that Max also had weekend plans with co-star Scheana Shay. The two were spending the weekend in Palm Springs, as “just friends.”

When Scheana first started working at SUR, Stassi Schroeder was the one training her. At the time, Stassi took issue with Scheana’s past relationship with married actor, Eddie Cibrian. For the uninitiated, Eddie was married to The Real Housewives of Beverly Hills star Brandi Glanville.

The couple split after Eddie had an affair with country singer LeAnn Rimes. During the course of the divorce proceedings, Brandi revealed the earlier affair with Scheana, who still claims she didn’t know her suitor was married.

Stassi and her clique, including Katie Maloney and Kristen Doute, did everything they could to make life at SUR difficult for Scheana.

On her first day at SUR, Dayna got a master class in how to be a mean girl courtesy of Scheana. While allowing another new working, Charli Burnett, to work tables with her, Scheana gave Dayna the task of cleaning every wine glass in the restaurant.

At one point, Dayna confronted Scheana and asked if her date with Max is a problem. However, Scheana assured Dayna that it was nothing personal. When leaving for the day later, Dayna made sure to let Scheana know that Max was the one picking her up from work.

Reality Blurb reports that Dayna and Scheana are friends now that Max is out of the way.

The Season 8 trailer heavily featured the SUR love triangle between Scheana, Max and Dayna. Only two episodes in and we know that Max and Scheana are “just friends” and he is interested in dating Dayna.

However, we also know that things went south between Max and Dayna at some point during the season. How that happens remains to be seen, but the two are “cordial,” Reality Blurb reports.

Dayna agreed with his assessment of how things stand now. She said, “we’re cool” when Entertainment Tonight posed the question of their status.

If you thought Dayna looked familiar during the premiere, you’re not wrong. It wasn’t her first appearance on Vanderpump Rules. During Season 7, she was one of the girl’s Peter Madrigal brought back to the hotel room where Jax Taylor and the other male stars were partying.

At one point, Peter and Dayna walk hand-in-hand to the bathroom. Now that Dayna is working at SUR, Peter attempted to get in front of any tension between them during the season premiere.

When he addressed their alleged bathroom hook-up, Dayna played dumb. She insisted that they didn’t make out and she was simply using the bathroom.

It was a minor scene in the episode, but fans were outraged over Dayna’s denial. Jax was even more outraged. The VPR star vented about Dayna’s deception on his Twitter, engaging fans who called Dayna a liar.

The writer of this article chimed in with support for Peter, garnering a response from Jax. Unlike most of his co-stars, I’m not blocked by Jax.

We all saw @LLPJMadrigal hook with her she is full on lying… 🙄 https://t.co/cgLnBiQlVs

Jax vowed to bring the issue up at the Season 8 reunion filming later this year.

Oh I’ll bring this at reunion.. not gonna make my friend look stupid and get away with it. https://t.co/DFUBoQhsaF