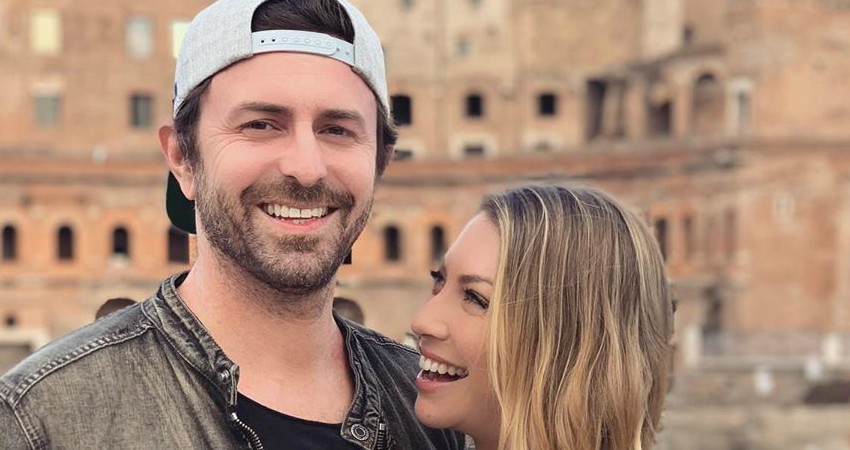 As fans know, Lala Kent confronted Kristen Doute’s on-again/off-again boyfriend about living off Kristen’s money. Kristen’s co-stars have often speculated that Brian Carter is using the VPR star for her money. Allegedly, he lived in her house rent-free and didn’t help with the bills or housework.

Kristen’s co-stars called her Brian’s sugar mama because of their living situation. Now Beau is speaking out to explain that isn’t his situation with Stassi.

TV Shows Ace reports that VPR stars Stassi and Beau recently bought a $1.7 million dollar home in California. The couple followed in the footsteps of several co-stars becoming homeowners. In fact, the new home in Hollywood Hills is minutes from the home co-star Katie shares with her husband Tom Schwartz.

Also located nearby are couples Tom Sandoval and Ariana Madix, and Jax Taylor and Brittany Cartwright. Kristen bought a home on her own and no, Carter doesn’t live with her anymore.

During an appearance on the Straight Up With Stassi podcast, the VPR star set the record straight about who is the homeowner. Stassi revealed that she purchased the house with her money and she is listed as the sole owner.

Beau joked that he would be renting a room in Stassi’s home. Joking aside, Beau plans to pay his share. Beau said he will be paying the utilities and part of the mortgage. He assured fans,

“I’m not freeloading… I’m not living there for free, people!”

Unlike Carter, Beau actually has a job. However, Reality Blurb reports that he doesn’t make nearly as much as his bestselling author fiance.

“Sorry… I’m not an author and I don’t have a nice chunk of change after I sold a bestselling novel to drop down X-amount of money on this amazing house.”

Fans will get to know Beau more during Season 8 of Vanderpump Rules. He joined the show as a full-time cast member after appearing in a handful of episodes last season.

Stassi and Beau plan to tie the knot in Italy later this year. The October 2020 wedding will be small. In fact, Stassi chose a faraway location just for that reason.

However, she hasn’t decided yet if Kristen will get an invitation to the wedding. TV Shows Ace reports on how Kristen feels about possibly being shunned.

According to Yahoo Entertainment, Kristen feels it would be ‘weird’ not to attend the wedding. Considering she’s the one who introduced Beau and Stassi.

Vanderpump Rules airs Tuesdays on Bravo. Tune in to see if Stassi and Kristen can repair their friendship.