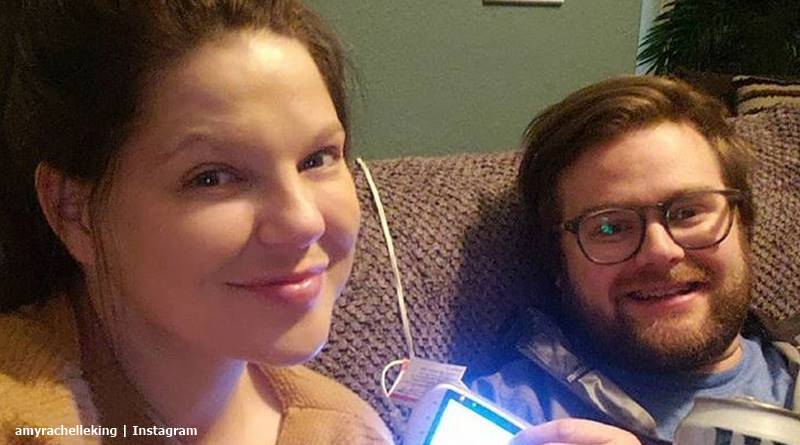 Duggar cousin, Amy King and Dillon planned their lives well. While they wanted kids, they wanted financial stability first. After she opened her shop called 3130 Clothing in November, she often shares about it. And now, she shared that Dillon just opened another store in Springdale, Arkansas.

On Saturday, Amy excitedly told her fans about Dillon’s new store. Very different from her clothing outlet, she said, “[Dillon] needed a man cave that had ventilation for his cigars sooo…instead of building a He- shed he designed this… Opening Feb 1st!!” It really looks very upmarket and it’s no wonder she praised the signage people in her post as well.

Duggar followers seem thrilled with the place. One person noted, “it’s in same strip plaza as Amy’s store.” Then another person wrote, “My husband said the only thing that would make this better would be a barber there, too!” Fans who don’t live in Arkansas semi-joked he should open up in other places as well. More comments came.

This one noted, “Go big or go home… So awesome you’re both doing awesome at business, marriage and parenting life! ❤️”

My Husband needed a man cave that had ventilation for his cigars sooo…instead of building a He- shed he designed this… Opening Feb 1st!! #proudwifemoment Sign looks awesome!! @signstudio Follow along!! @wellingtonnwa

Amy opened a third Instagram for the new store

In her post, Amy noted that fans could follow along. On the Wellington’s Fine Plates, Whiskey, & Cigars! Instagram, the profile notes that they are hiring. Maybe a lucky Duggar fan gets a job there. Amy also runs her own business account for the clothing shop, and co-manages her store with Dillon, TV Shows Ace reported in July last year.

She also raises their gorgeous son Daxton.  People reminds readers that Daxton arrived on October 9 last year. Plus, she opened a new Instagram account where fans of the Duggar family can follow the cute little guy. Over there, she constantly updates about their son. Between managing all her Instagram accounts, running her own brick and mortar business, being a mom, and running an online store, she certainly looks like a busy bee.

My agent is mama.

Amy and Dillon look set for a successful future

Although fans sometimes saw Amy on 19 Kids and Counting by TLC, she grew up in a slightly more liberal family. It seems her parents never made such strict rules about girls holding down jobs, unlike Jim Bob Duggar. So, fans love seeing her and Dillon expanding and growing their businesses.

What do you think about the new store that Dillon opened in Springdale, Arkansas? Do you think it looks very nice? Sound off your thoughts in the comments below.

Remember to check back with TV Shows Ace often for more news about the Duggar family, Amy King, and her husband Dillon.