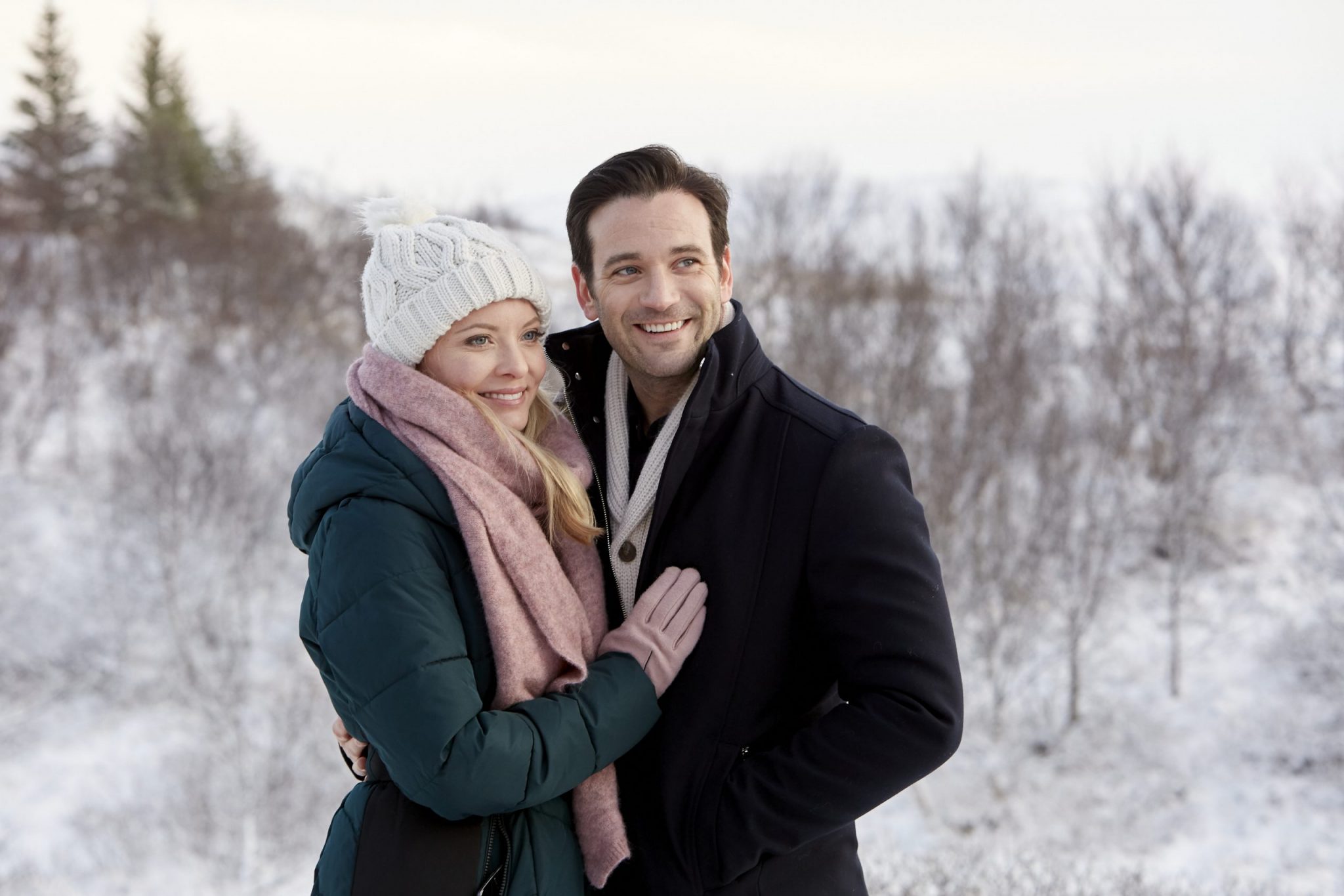 Love On Iceland is the latest Winterfest movie. This one takes place in the land of fire and ice. Iceland is a magical place of Blue Lagoons, glaciers and geysers spitting out water. Starring Kaitlin Doubleday (Nashville) and Colin Donnell (Arrow), this is an equally beautiful and romantic new Hallmark movie.

What Is Love On Iceland About?

Podcast producer Chloe (Doubleday) is overworked and uninspired. Meanwhile, she needs to give her boss some new ideas, but she needs to get her batteries recharged. Subsequently, her best pal Isabella (Patti Murin) suggests they take a trip to Iceland, along with Kenneth (Preston Sadleir), her boyfriend.

Included in the group is Chloe’s old boyfriend Charlie (Donnell), who is now a world-class photographer. They had split up because he was following his dream, and she wanted to remain in Chicago. Their relationship is reignited amongst the Glaciers and frozen beauty of this Scandinavian country. Is this time for real?

This entire movie was shot in Iceland, unlike other Hallmark movies in foreign or exotic settings. This is a Hallmark first! Usually, they send a crew and perhaps cast to film a few days in the stated location, while filming the rest in either Canada or a country like Romania.

Most importantly, what can be more romantic than Iceland? Kaitlin told Home and Family that the short five hours of light, between 11:oo a.m. and 4:00 p.m., and afterward was “magic hour” with soft lights. On the beach, there are icebergs everywhere, and in Iceland, they light them up. How magical and romantic!

Kaitlin Doubleday was just recently in the 2019 Countdown to Christmas lineup. The delightful actress starred alongside Adrian Grenier in the Elvis-themed Christmas romance, Love In Graceland.

Where Can You See Love On Iceland?

Are you ready for more Winterfest? Every week in January, Hallmark is airing a new winter romance that takes place in a snowy, wintery location. There is winter sports including tobogganing, skating, cross country skiing, festive hot chocolates, and cozy outdoor pit fires. They are a Christmas tree short of a Countdown to Christmas movie!

TV Shows Ace reported that Winterfest started out with Hallmark’s Winter In Vail, starring Lacey Chabert and Tyler Hynes. This winter romance took place in charming old Vail, Colorado. The Bavarian history of the town was front and center in this delightful romance. The second Winterfest movie of 2020 was like a page out of The Bachelor. Love In Winterland stars Chad Michael Murray, Italia Ricci and Jack Turner.  Who should Ally choose, her high school sweetheart or the heartthrob bachelor with the sexy British accent?

Be sure to check back with TV Shows Ace for the latest Hallmark news. Love On Iceland premieres on Saturday, June 18, at 9 p.m. Eastern, on the Hallmark Channel.