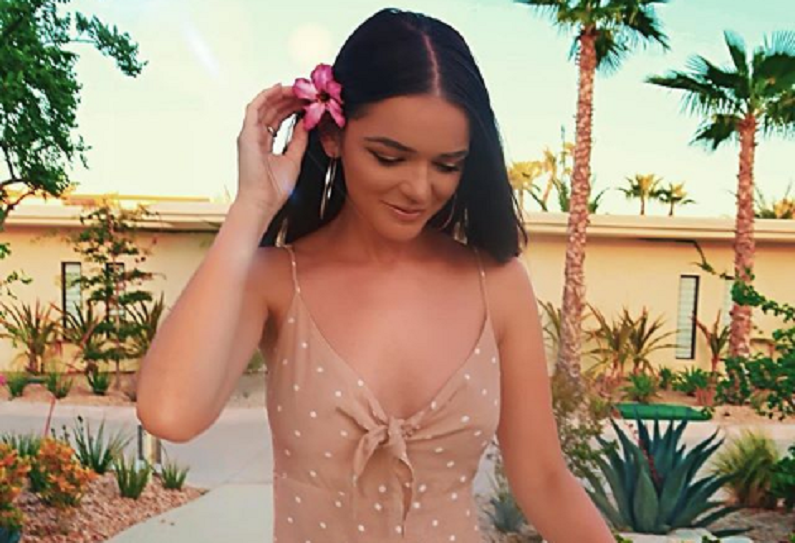 Bachelor alum Raven Gates shared a major health update with her fans. She’s doing much “better” and is on the road to recovery. She scared her 1 million Instagram followers when she said she was undergoing surgery for an undisclosed medical issue. The fashion blogger has since returned to the social media app to share the details on her health issue.

Apparenlty, the 28-year-old influencer was misdiagnosed with the wrong illness. The reality star dealt with three years of fear, pain, and heartache.

On Thursday, Jan. 16, Gates returned to Instagram to give an update on her health. She revealed on Instagram Stories that she was undergoing surgery after a misdiagnosis. In her Instagram post, she informed fans that she was misdiagnosed with a chronic illness.

“I’M BACK! And finally back to myself!!” Gates said. “Have you ever been so tired and so drained that it’s all you can do to keep from just falling apart? but the show must go on.”

“I shared on my IG story over a week ago that I had a surgery & had been misdiagnosed with a chronic illness. Well I’m feeling SO MUCH BETTER,” she wrote. “3 years of pain finally gone. and I can now function through my day without any pain!”

IM BACK! And finally feeling back to myself!! 💥 Have you ever been so tired and so drained that it’s all you can do to keep from just falling apart? 🙋🏻‍♀️ but the show must go on 💃🏻 I shared on my IG story over a week ago that I had a surgery & had been misdiagnosed with a chronic illness. Well I’m feeling SO MUCH BETTER. 3 years of pain finally gone. 😅 and I can now function throughout my day without any pain! 2019 was a rough year for me, emotionally and physically. I kept a lot in, I rose above, and felt like I kept getting kicked while I was down. But 2020 💫 whew, I wasn’t expecting the goodness & the grace I’ve gotten even in this first month. So, with all that said- KEEP the HOPE things will get better. I love you guys & im here for you, like you have been for me. ✨ oh yeah, AND LET THE WEDDING PLANNING BEGIN 🥂✨💕 💕(Check out @shopgreysuede for an announcement)💕

Gate is now feeling hopeful about the future since she’s been through a “rough year” back in 2019. She “wasn’t expecting” to have a successful surgery, as reported by E! Online. Gates concluded her post by thanking her fans for their ongoing support. Her followers flooded her Instagram post with well wishes and asked for more information on her health.

She is not revealing any details at this time. Gates is currently working with a group of doctors to make sure she’s 100% healthy again.

Gates ending her Instagram post by stating, “Let the wedding planning begin.” The reality star wants to focus on her upcoming wedding. As TV Shows Ace reported, she got engaged to her boyfriend Bachelor in Paradise co-star, Adam Gottschalk, who proposed to her back in June. The couple met on season 4 of the dating competition series, which premiered back in 2017.

One Gottschalk brother wedding down 💍 Another one coming in 8 months! ✨💓Congrats to Will & Larkin Gottschalk! 💓✨💍 PS doesn’t Adam look so handsome 😍

As reported by Entertainment Tonight, Bachelor Nation assumed that the 23-year-old commented on her own photo on Instagram. The comment was quickly deleted after a friend of Prewitt’s took responsibility for the mistake. The person question accidentally signed into Prewitt’s Instagram account when she commented on the photo of the contestant on a date with Peter Weber.

The Bachelor airs on Monday nights at 8 p.m. ET on ABC. Check back with TV Shows Ace for more news on Bachelor Nation.