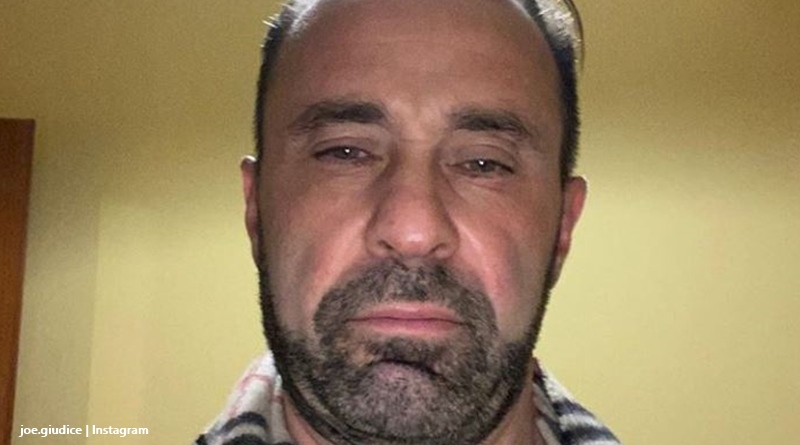 Joe Giudice comes under fire from trolls and even well-meaning fans now that he’s in Italy. Many of them urged him to try and rescue his marriage. And now a troll got onto him on a new Instagram post. But, by telling them that “Part of life is making mistakes,” he answered them civilly, which made the troll look a bit silly, fans noted.

Joe Giudice, his marriage and a man who made ‘mistakes’

TV Shows Ace reported last week, that Joe and Teresa separated, and it looks like he’ll remain in Italy. Posting about his life, he mentioned how he still believes in a bright future. But, many fans suggested that he “do something” to save his marriage. We noted that it’s not clear how he can attempt this from Italy. Especially, as Teresa made it known she won’t do a long-distance relationship with him.

InTouch Weekly reminds followers of the RHONJ stars, that Joe recently posted, “Love my wife, always working. Great [inspirational] women stay focused.” It came after he “posted a photo of the 47-year-old promoting her new business endeavor. Obviously, the couple seems affectionate, but really, they already spent significant time apart ever since the wire fraud and alleged related activities saw them both see time behind bars. And, unless Joe Giudice manages a successful and final third appeal for his deportation, the split seems inevitable.

Troll gets a civil reply about how people make mistakes

On Friday, January 10, Joe took to Instagram to share a photo and talk about selfies. He wrote, “Haven’t got this selfie thing down, but I’m still f-cking handsome🇮🇹🍷😂🔥.” Then, he used the hashtags, “#loveyourself #lifestooshort #italia.” One follower said that Joe looks like “Homer Simpson,” and Joe liked that. He replied, “thank you I like homer he is the man.” But other fans told them off for being rude on his page. One wrote, ” homer is the man!!! And that girl who tried to be rude needs to get a life!!”

But then another Joe Giudice troll got even more critical. This time they wrote, “When ur not embarrassing yourself ! And ur family.” Joe responded civilly, saying, “part of life is making mistakes hun I wish it came with a book of lessons. I learned we got our own path it’s the [way] we look forward how outcome is👍.” But hundreds of his loyal fans didn’t stand for it and slammed the troll harder than Joe.

Fans stand by Joe against the troller

Angry fans stood by Joe Giudice and many less forgiving sent comments the troller’s way. One said, “And your comment is embarrassing, trolling is embarrassing….. If you have a positive mindset you will find you live happier & you’ll hate less on others.” Then, another pointed out, “don’t act like you’ve never embarrassed yourself or your family before. Everyone has a chapter they don’t read out loud! Don’t be so judgmental.”

Haven’t got this selfie thing down, but I’m still fucking handsome🇮🇹🍷😂🔥.#loveyourself #lifestooshort #italia

What do you think about Joe replying so civilly to his trolls? Do you think the fans who backed him up were on point with them? Sound off your thoughts in the comments below.

Remember to check back with TV Shows Ace often for more news about the cast of Bravo’s RHONJ and Joe Giudice.