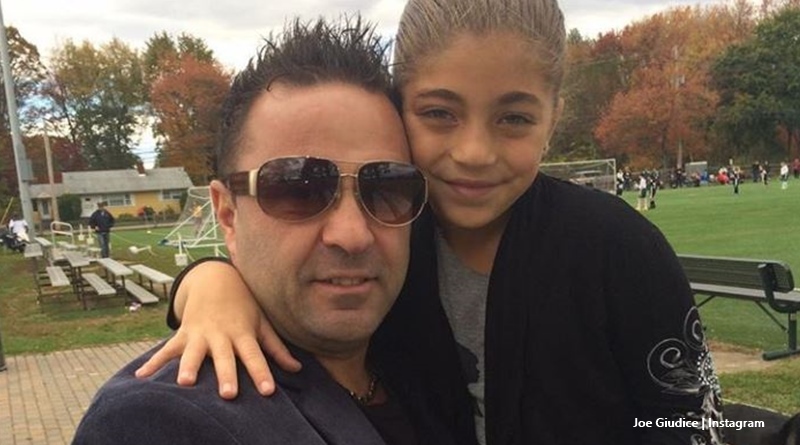 RHONJ fans heard that Teresa and Joe Giudice split. It came after a judge denied his second appeal about his deportation to Italy. Other Bravo cast members also wondered if Joe should remain deported. After all, he paid his debt to society and served his time. But, Teresa always said she didn’t want a long-distance relationship. But now, fans went onto Teresa’s Instagram and urged Joe to try and save his marriage.

On Tuesday, Teresa posted up a photo of herself with her hair-do for 2020. Many fans think it’s hardly changed at all. But, Joe Giudice commented on the photo, which fans thought very sweet. Teresa captioned her post with, “New year New hair.” Joe commented, writing, “Are you getting younger ?? 🔥🔥🔥🔥.” Fans loved his response and started asking him to make something happen with their marriage.

Joe really seems to still have some affection for his wife. But, when the other Real Housewives Of New Jersey stars talked about it, TV Shows Ace reported that they think getting back together is not likely. Mind you, that doesn’t mean they don’t feel anything for the situation Joe and Teresa find themselves in. We noted that Margaret Josephs said their split was not surprising to her. We wrote that she also mentioned, “The decision they made is what’s best for their family and they are moving on.” And, how Joe’s meant to fix it from Italy seems unclear.

Joe looks more like he’s determined to just get on with his new life that came from fate. If he’d registered as a US citizen he would still be in the USA. US Weekly reported that in a new post on his own Instagram, he certainly looks to the future without Teresa. The RHONJ star shared about bowling. In it, part of his caption read, “It’s not how you bowl or ending score that matters, it’s what you use to roll with! Yep my future looking bright!”

So here I am!You know what they say people who give you the best advice will always try to follow it themselves! It's not how you bowl or ending score that matters, it’s what you use to roll with! Yep my future looking bright!#italian#bowling#determination 🎳🌈🌟

Joe Giudice doesn’t sound like someone sitting around crying over spilled milk. And, what can he do about it? Fans urge him to fix the split, but nobody seems able to give him any idea on how to do that from Italy. Sound off your thoughts in the comments below.