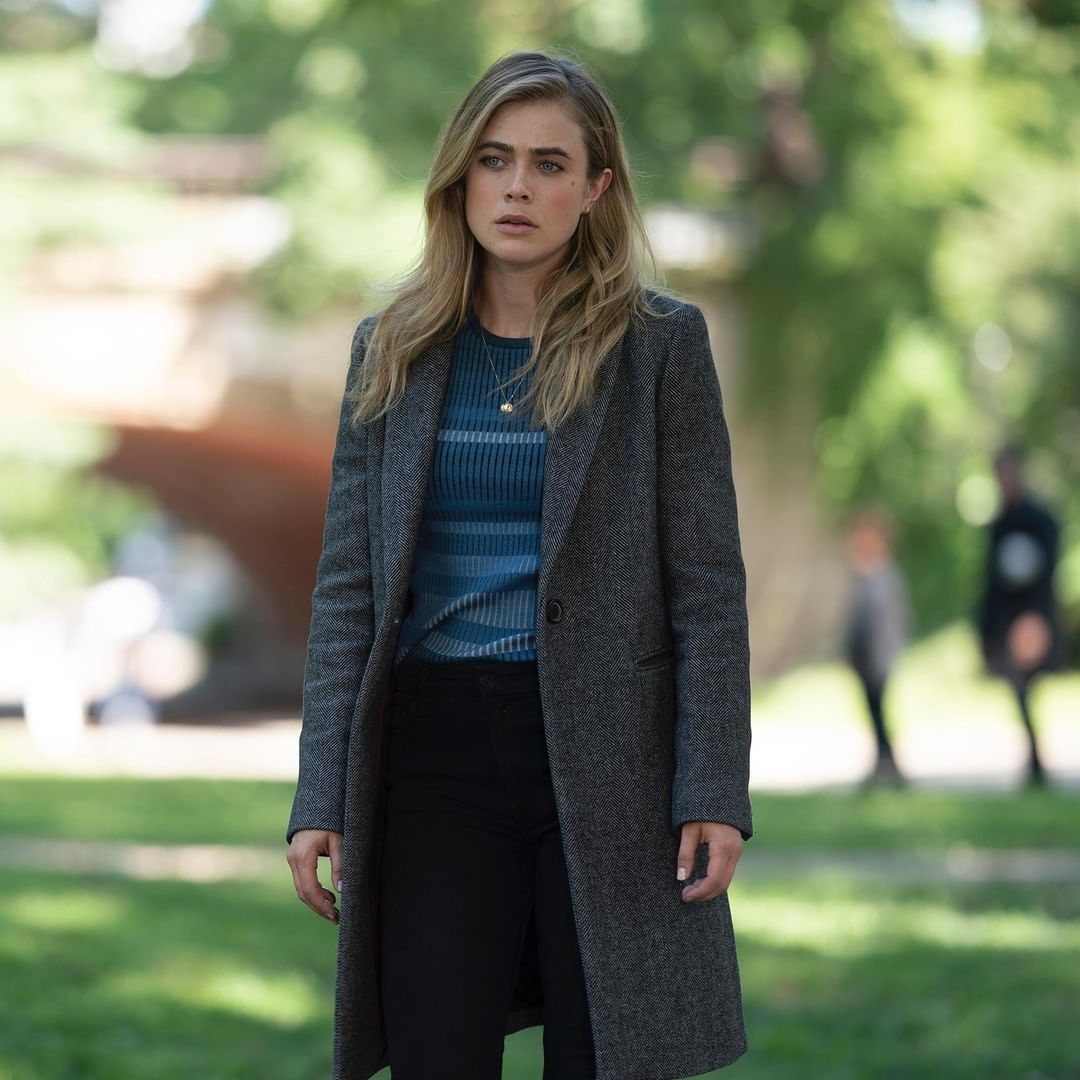 The Manifest Season 2 Premiere aired this week (and is currently available via Hulu). Finally, viewers of the NBC hit drama have answers to the intense edge-of-your-scene cliffhanger that Season 1 ended on.

A whooping five-and-a-half years later, the plane lands at the airport. Other then a little brief turbulence while in the air, absolutely no time has passed for any of the passengers on the flight. For the family waiting for them? It has been half a decade. The series creates a lot of interesting plot lines as viewers watch what it is like for families to try to move on from the death of a loved one such as a spouse or a sibling only to have them resurface several years later.

The Season 2 Premiere was both explosive and jaw-dropping.

As those who watched the Season 1 Finale recall, it ended with Jared (J.R. Ramirez) and Zeke (Matt Long) fighting over a gun in Michaela’s (Melissa Roxburgh) home. The episode ended with the sound of a gun going off. It, however, was not clear who was shot in the scrabble. Turns out, it was Michaela.

Jared calls in the incident while Zeke tries to put pressure on the wound. Michaela encourages Zeke to leave after Jared is quick to blame him for the incident. While Zeke doesn’t want to leave a dying Michaela, he does because she asked him to.

While she lingers near death, Michaela ultimately pulls through. Things, however, appear to be over for her and Jared. While he claims to only be doing things for her and because he cares about her, his actions come off as selfish.

During the Season 2 Premiere of Manifest, we also see the Resurrection of a character that died during Season 1. As the episode progresses, Ben (Josh Dallas) notices a white van lurking outside of the homes of the passengers. When Ben spots the van outside of his own home, he’s quick to engage. Unfortunately, a bag is tossed over his head and he’s kidnapped. He’s tossed in the back of the van.

Fans of the series sense a bit of relief when it is revealed the van isn’t a foe, but a friend. When the bag is removed from his head, former NSA Director Robert Vance (Daryl Edwards) smiles at him. He notes that Ben isn’t the only one able to return from the dead.

Unfortunately, viewers were left with a lot of questions as the episode ended.

The Season 2 Premiere of Manifest was everything fans of the series expected and hoped for. Unfortunately, it did leave viewers with tons of questions. Here are some of the burning questions viewers have.

Viewers can only hope some (or all) of these questions will be answered as the new Season progresses.

Did you watch the Season 2 Premiere of Manifest? Sound off in the comments down below with your thoughts!