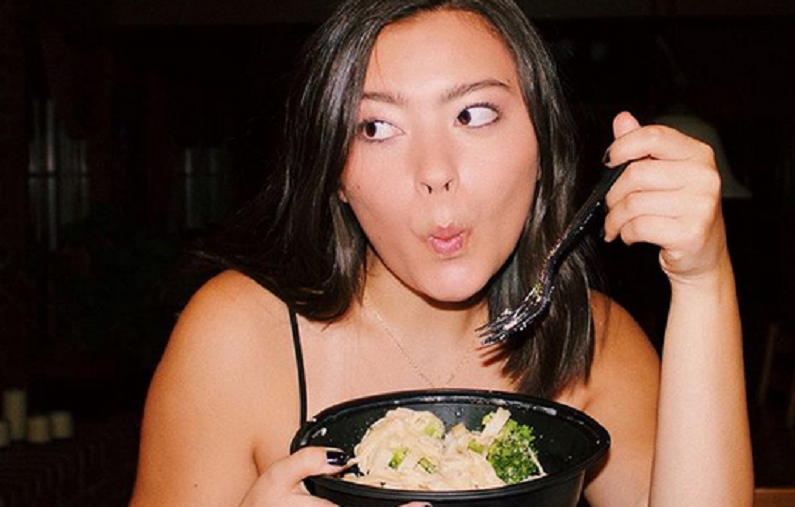 Mady Gosselin had a lot to say about her “challenging” and “refreshing” year. Kate and Jon Gosselin’s daughter reflected on 2019 on Instagram, which made fans assume she’s lashing out at her parents. Sure, she’s dealt with her share of family drama. She went to college in New York City to escape it.

Unfortunately, it doesn’t look like the family drama is going to end any time soon. It’s made it awkward for their eight children, especially as they get older and try to find themselves. Their 18-year-old was thrown into the spotlight in the series of reality shows that they appeared in on TLC. In addition, Jon and Kate also blasted each other on an almost daily occurrence.

That hasn’t died down. It appears that Mady Gosselin referenced the difficult relationship between her parents in her last Instagram post of 2019, as reported via In Touch Weekly.

On Tuesday, Dec. 31, the teenager talked about her optimism for the upcoming new year in a new Instagram post. She shared a photo of herself wearing a denim jacket in an open field with the caption: “2019 you were a bittersweet, stressful, challenging, crazy year.” Fans assumed that she was referencing the constant family drama in her life.

2019: you were a bittersweet, stressful, challenging, crazy year. but you were also refreshing, wonderful, unpredictable & full of achievements i’m so proud of. it’s all about balance, i guess 🙂 happy new year!! here’s to 2020 being cooler & crazier 🥂

Things haven’t been perfect in the Gosselin family for over a year now. Jon took custody of son Collin and daughter Hannah, both 15, in 2018. He’s managed to diss his ex-wife in the media since the gag order from their 2009 divorce is expired. Back in November, he made an appearance on The Dr. Oz Show to allege that Kate’s fame has gone to her head and caused harm to their children.

However, Mady is focused on herself. She’s busy sharing updates on her college life on Instagram. Gosselin last shared a group photo of herself with her friends with the caption: “College besties for the win.”

college besties for the win!!

Mady Gosselin wants to “have her own identity”

The TLC star is starting to breakout on her own. As reported via TV Shows Ace, she wants to form her own identity outside of Kate Plus 8. She hopes to escape the reality TV world as she tries to find herself. That doesn’t mean she has any hatred for her famous mother. In fact, their relationship is better than ever.

“Kate and Mady are on a lot better terms,” the insider revealed to In Touch. “Going away to college has actually made them closer. They love each other, but she doesn’t want to be associated with the reality show and her parent’s drama.”

Even though Jon and Kate’s children have since found peace, their parents still can’t seem to get along. The insider added that “the kids are slowly but surely moving on.” They’re hoping that their parents will too. Mady and Cara have since moved to college, but they want to transfer to different schools. It’s been a big adjustment for the entire family, especially since the eldest twins have moved out of the family home.

It looks like Mady Gosselin is living her best life right now. What are your thoughts on her last post of 2019? Sound off below in the comments section. Don’t forget to check back with TV Shows Ace on the latest news on the Gosselins.