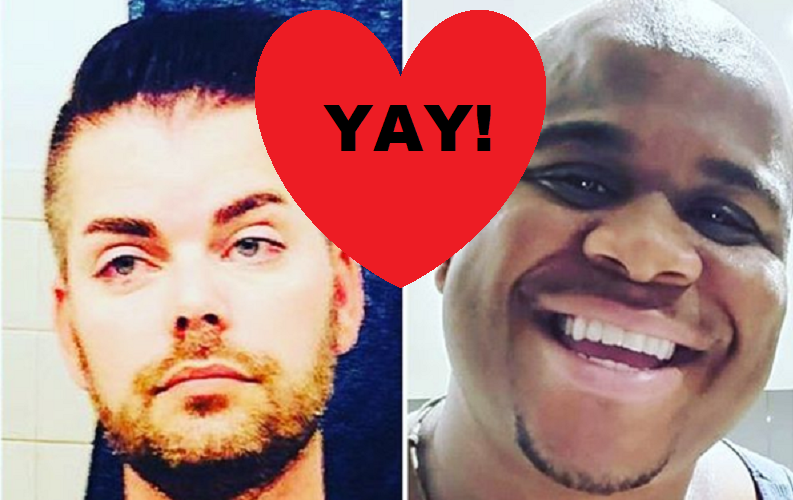 90 Day Fiance stars Tim Malcolm and Dean Hashim were at odds on social media for months. It all started when Dean questioned Tim’s manhood and sexuality. As TV Shows Ace reported, fans speculated that Tim replaced Dean and his brother Tarik Myers on the spin-off series, Pillow Talk.

Now it looks like both TLC stars are setting their differences aside. Tim has since forgiven Dean, according to a new report. They have discussed things and want to move peaceful in the new year. Since Dean and his brother Tarik no longer appear on Pillow Talk, many fans assumed they were fired because of their fellow castmate.

The 90 Day Fiance star has spoken out about their feud. He revealed that he has since accepted Dean’s apology. Both of the reality stars want to move on and start 2020 with a fresh start. On New Year’s Eve, Tim posted on Instagram that he cleared the air with Dean.

“For the record.. I forgive you @deanhashim90,” Tim wrote. “I believe in an old saying that my favorite boss I ever had taught me. ‘Fix it and move on.'”

For the record.. I forgive you @deanhashim90 …. I believe in an old saying that my favorite boss I ever had taught me. “Fix it and move on.” Life is too short to spend it angry or resentful. If you want to clean your soul for 2020… forgive someone and move on. We are all so comfortable to say mean things to each other on social media. Do you want to show how tough you really are ? Forgive your enemies publicly and tag it #Forgivefor2020 … you will feel better I promise you! Don’t drag negativity into a new year. #reality #lovepeople #nooneisperfect #2020 #beforethe90days #timmalcolm #pillowtalk #90dayfiance #90dayfiancebeforethe90days

Tim doesn’t want hold onto a grudge. He’s aware that the new year is the perfect time to start on a clean slate. He also revealed that he doesn’t want to continue attacking the fellow castmate. Tim asked his followers to stop attacking Dean and others as well. He ended his post by writing, “Don’t drag negativity into a new year.”

90 Day Fiance fans accused Tim of having Dean removed from Pillow Talk. In the comments section, Tim revealed that Tarik and Dean have not been fired from the show. After for those pesky rumors, he wrote, “Don’t believe everything you read. Almost all the information printed about 90 day cast members is lies or manipulations.”

In an exclusive interview with Monsters & Critics, Tim released a statement behind his decision and why he’s finally ready to move on.

“Dean reached out to me through private message and gave me what I felt was a real apology and further apologized for the way he handled the first apology,” he said. “I am not interested in continuing a war of insults into 2020. I accepted his apology as I felt it was genuine.”

Tim also revealed the downsides of starring in a popular TV show. Of course, being in the public eye is going to put anyone under intense scrutiny. Tim knows how it feels already and he doesn’t want to do the same to his fellow castmates. He admits that he’s not perfect and doesn’t expect perfection from others as well.

Tim and Dean had an online feud after Dean’s controversial comments about Tim’s gender and sexuality. During an appearance on Domenick Nati’s radio show, Dean cracked jokes at Tim’s expense and questioned his gender identity. Most people thought his comments were offensive, including Tim.

Dean chimed in and called Tim “feminine,” especially with the way he sat and crossed his legs. The two brothers joked that the reality start might have transitioned from a female to a male. When Tim and his ex-girlfriend Veronica started to appear on Pillow Talk, fans assumed that he got rid of the brothers.

Now it looks like all three starts are ready to leave the drama behind in 2019. What are your thoughts on Tim accepting Dean’s apology? Sound off below in the comments section. Don’t forget to check back with TV Shows Ace on the latest 90 Day Fiance news.