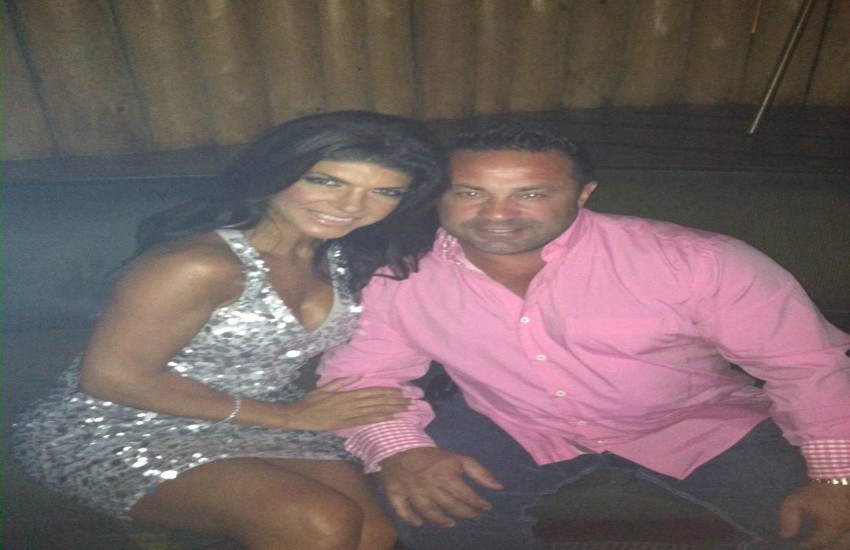 The Real Housewives of New Jersey stars Joe and Teresa Giudice may be taking a step back from their marriage. However, personal details of their relationship are still the hot topic of conversation on the hit Bravo show.

On October 23, 1999, a young Teresa Gorga became Mrs. Joe Giudice. The couple recently separated after 20 years of marriage. However, when the current season of RHONJ was filmed, Joe and Teresa were still married, though they lived very separate lives.

As fans know, Joe and Teresa have been physically separated since 2016 when Joe began his 41-month prison sentence. Immediately following his release, he was taken into ICE custody. Though Teresa and the pair’s four children are U.S. citizens, Joe is not.

In October 2019, Joe chose to return to Italy until the final ruling of his deportation appeal is handed down. In November, Teresa and the girls went to visit Joe in Italy. The two tried to hash out the state of their marriage, which is now playing out on Season 12 of The Real Housewives of New Jersey.

The January 1st episode featured tense phone calls between the estranged couple. During the argument, Teresa brings up her reluctance to sign a prenuptial agreement, “You made me sign a prenup, okay!”

People magazine reports that Teresa expounded on the revelation during her one-on-one confessional. She said,

A week before we were getting married, Joe asked me to sign a prenup and I just felt when you love someone, you don’t do that.”

However, Teresa went on to reveal that she ultimately agreed to sign rather than cancelling the wedding and embarrassing her family. She had one condition to signing the prenup – a cheating clause that voids the prenup if Joe ever cheated on her.

Both Joe and Teresa Have Accused the Other of Infidelity

Earlier this year, the RHONJ stars appeared for a joint interview on Andy Cohen’s Watch What Happens Live. When Andy asked if they each suspected the other had been unfaithful, Teresa and Joe both answered yes.

As TV Shows Ace reports, Joe’s alleged infidelity was a minor storyline during an earlier season of The Real Housewives of New Jersey. However, the infidelity was never proven nor did Joe admit to it.

For her part, Teresa allegedly hooked up with Blake Schreck. She denied anything more than a platonic relationship during her WWHL interview. She was also recently spotted with former high school flame Anthony Delonzo, even spending Christmas Eve with him.

RHONJ’s Joe Fires Back: ‘I Didn’t Want to Get Married’

Teresa bringing up the prenup riled her husband. He fired back in anger by saying he never wanted to marry her in the first place.

All right, you want me to say it now? You and this stupid prenup that you keep bringing up? I didn’t want to get married, all right?”

Joe has been telling a different story on his social media account lately. The MMA-hopeful has been posting nostalgic photos of his estranged wife.

The captions often express how much he ‘adores’ his memories with his family, including this photo of Milania’s communion.

For his New Year’s resolution, Joe vowed to be a new version of “Juicy Joe,” his old nickname. In fact, he posted a hilarious throwback video of the time he did a somersault and chipped a tooth. He captioned it, “Rolling into New Years…”

Rolling into New Years!! yep that’s me! A New Year's resolution is something that went in one ear and out the other! Well, not today I sat with myself in Rome and reflected about how I’m jumping into 2020, my new “juicyJoemotto” “don’t regret anything, think twice, ask,absorb be a sponge, and be humble and patient to my new surroundings!””AaaaaawwYeah!"

The Real Housewives of New Jersey continues Wednesdays on Bravo. Here is the latest episode where Joe and Teresa argued over their marriage.