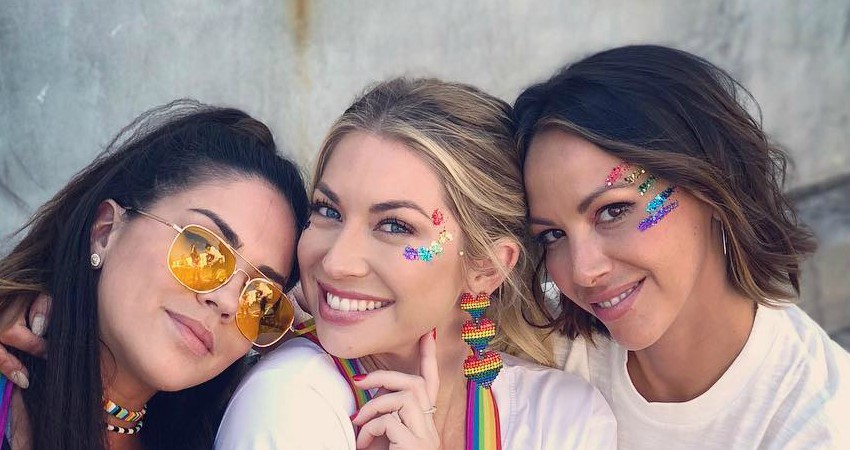 Vanderpump Rules Season 8 premieres next week. Bravo is amping up the excitement by releasing the first seven minutes of the first episode. Reality Blurb reports that Stassi Schoeder opens up to Lisa Vanderpump about Kristen Doute.

As long-time fans know, Kristen used to work at SUR until Lisa fired her during Season 3. Even though she no longer works at the restaurant, Kristen has been a fundamental cast member since the first season.

Reports surfaced a few months ago that Kristen, Stassi and Katie Maloney had some sort of falling out during the filming of Season 8. The three original VPR stars dubbed themselves the “Witches of WeHo.”

When speaking to Lisa, Stassi reveals that her issue with Kristen is partly due to Brian Carter. Kristen and Carter (as everyone calls him) broke up during Season 7. At the reunion tapings, Kristen confirmed that the two split.

However, Stassi tells Lisa that the former couple were still living together and intimate. The VPR star confides in Lisa, “I feel like she’s lying to me.”

Despite Kristen’s claims of being “just friends” with Carter, the pair spent Thanksgiving together.

Stassi and Kristen On the Chances of Mending Their Friendship

Kristen and Stassi have both spoken at different times about the chances of repairing their friendship. TV Shows Ace reports on what Kristen thinks needs to happen before the ‘Witches of WeHo’ can reunite.

Speaking to the cameras in a Vanderpump Rules confessional, Stassi made the chances seem slim. Stassi said,

“Kristen and I have had our fair share of ups and downs but this feels different to me. I don’t know that the person I’m hopefully growing into can be friends with the person who’s not growing at all.”

Stassi has openly stated that she’s taking a break from the friendship for her own mental health. She doesn’t even know yet if Kristen will be invited to Stassi’s upcoming wedding to Beau Clark.

A recent trendy social media challenge was meant to show how people have changed in the last decade. The challenge called for users to create photo collages of a photo of them in 2009 compared to a photo from 2019.

Stassi accepted the challenge with gusto. Posting on Instagram, Stassi called herself a “babe” in 2009. However, she also noted that she was “insecure” and couldn’t even afford rent. She ended the caption with the aspiration of looking forward to the “next ten years.”

Decade challenge. I was quite the babe 10 years ago & probs peaked too soon, but back then I was unsettled, insecure, confused. I was broke and couldn’t afford to get a proper meal much less get my car out of the tow yard or pay rent. I wish I could give that bitch a hug. Here’s to the next ten years of wisdom and happiness.