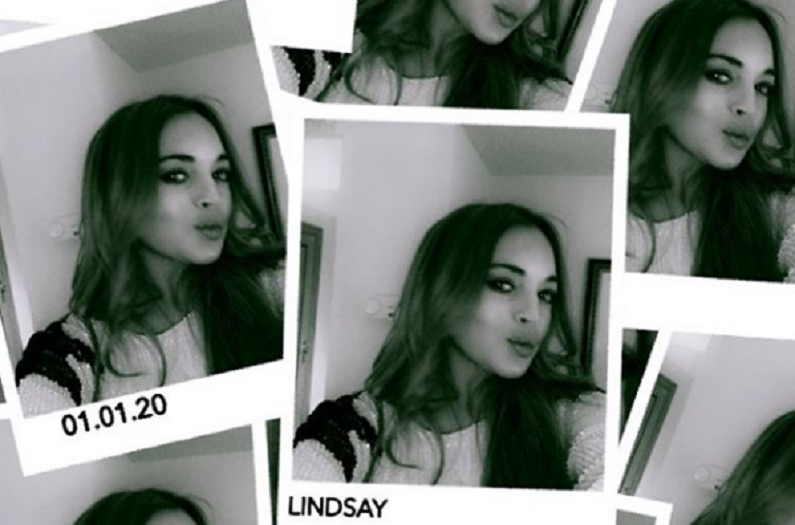 Lindsay Lohan made a brief return to television last year. Sadly, the second season of her reality series, Beach Club was cancelled by MTV. The actress even sold her Mykonos nightclub. But she’s not giving up. She has her mind set on furthering her career and returning to America.

She surprised fans when she made an appearance on CNN’s New Year’s Eve special on Tuesday night. It was a strange appearance, but no one was more confused than hosts Anderson Cooper and Andy Cohen. They weren’t even sure if she was going to show up for the interview since she’s notorious for not showing up to anything. They did manage to interview her from Muscat, Oman, where she currently lives.

In the spotty Skype interview, she revealed that she’s currently managing her sister’s career. She also made the big announcement that she’s moving back to America to embark on her film career once again. She’s “taking back the life that I worked so hard for and sharing it with my family and you guys.” Check out the rest of the awkward interview in the tweet below.

.@lindsaylohan tells @andersoncooper and @Andy that she wants to spend 2020 “taking back the life that I worked so hard for and sharing it with my family and you guys.” #CNNNYE pic.twitter.com/dX8i0iBUjJ

As for resolutions, she admits that she wants to focus on herself and what makes her happy. Lohan was also asked about her flirty comments on Liam Hemsworth’s Instagram account. She giggled and said that it has something to do with her working and living in Australia. Fans were watching the two actors after she commented on his Instagram posts.

Cohen also asked the former pop star about her new song “Xanax,” which she teased on Instagram earlier this year. She said that she’s still working on new music. Then she admitted that she missed New York City and she misses being with her family and friends. Lohan looked excited about the upcoming new year.

What’s next for the actress?

She has a few acting projects coming up, according to a report via People. She’s expected to star in Among The Shadows, which will be released in theaters on March 5, 2020. It’s her first acting role since her 2013 film The Canyons. Since then, most of her appearances have been on the small screen. Lindsay Lohan’s Beach Club aired on MTV for two seasons. And as she said, she judges The Masked Singer in Australia.

She’s also releasing music for the first time in 11 years. She dropped her new song “Xanax” on her other Instagram account. But it was not available for an official release. It’s unclear whether Lohan will release a new album this year.

Does she want to become a double threat again?

It seemed like the world was her oyster back in 2004. She starred in Disney-produced films such as Confessions of a Teenage Drama Queen, Freaky Friday, and Herbie: Fully Loaded. She achieved teen idol status with the help of Mean Girls, the Tina Fey-scripted film that became a box office hit as well as a cult classic.

Lohan was also a pop star in her own right. She was known for her hit songs “Rumors,” “Speak” and “Bossy.” But, both her drug and alcohol problems along with legal troubles derailed her career. Her personal problems became tabloid fodder and she’s never been able to recover since.

It’ll be interesting to see what Lindsay Lohan plans to do in 2020. Maybe she can become that double threat again. What are your thoughts on her comeback? Can you see her returning to TV again? Sound off below in the comments section.