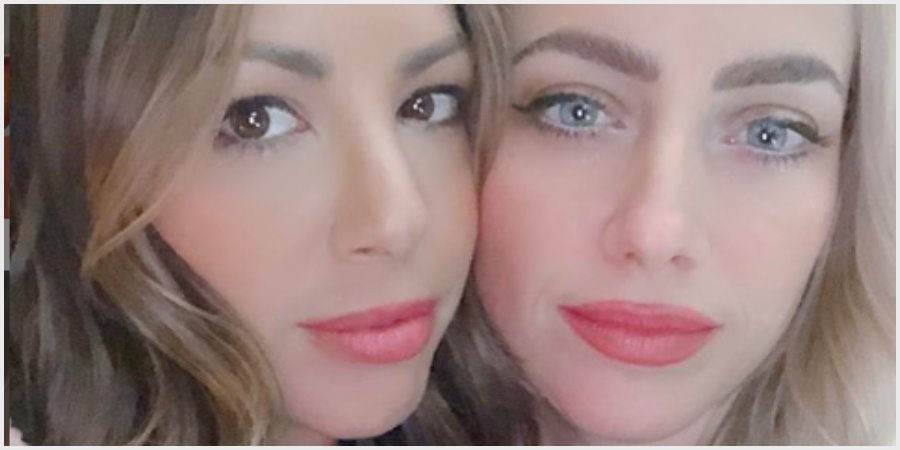 The three co-stars of Vanderpump Rules; Katie Maloney, Stassi Schroeder, and Kristen Doute used to be thick as theives. They called themselve The Witches of WeHO and even have merchandise. But, something happened that caused them to fight, and it’s not been the same yet.

Kristen Doute recently shared in an interview for Tom Sandoval and Ariana Madix’s book launch that they were cordial at BravoCon. She said, “we exchanged pleasantries. We were all there for the same reason and we all have a job to do.”

What Does Kristen Doute Say Will End The Feud

While the three of them have spoken about the feud to the media, they’ve not really gotten specific about what happened. Kristen Doute said a sit down and talking things through won’t happen unless Vanderpump gets a ninth season. Fans of the show know the three of them have had ups and downs before. They always seem to come back together.

Stassi has said in the past sometimes she gets sad about the fight and wants to end it. Then she thinks about it and makes the decision things go much deeper for them than that. Kristen is recently single and with Katie happily married and Stassi on her way to be, fans can’t help but think that might have something to do with the three growing apart.

Who Started It And When Will Fans Know What Happened?

She said you find out what happened that started the fight at the beginning of season eight. Kristen said it was the other two who started the feud and not her. She did say she’d be open to reconciliation in the future. Doute also said Katie texted her the other day about her book. She said, “Katie actually texted me the day that my book came out for pre-order on Amazon, and she sent me a screenshot that she had pre-ordered it and texted congratulations. And I thought that was over the moon sweet of her and I really appreciated it.” She also indicated Stassi might be madder at her than Katie was.

…because I’m happy! BTS of my cover shoot for HE’S MAKING YOU CRAZY! 📚 Cover reveal tomorrow exclusively on @edailypop ❣️#HMYC

Kristen Doute said, “I never say never to any of that. I love them both. My personal POV is I love them both. They’re still my sisters to me.” She said she’s giving them the space they asked for according to Reality Blurb. Whatever happened, it was bad enough they’ll need a whole new season to hash it out according to Kristen. Fans will eagerly await to see what happened between them and watch the drama as Kristen doesn’t attend Stassi’s engagement party.

‘LPBW’ Fans Beg Audrey & Jeremy Roloff To Give It A Rest
Christine Brown Reveals What Kind Of Mother She Really Is
Was Kylie Jenner’s Son’s New Name Accidentally Revealed By True?
‘Today’ Al Roker Has Had Enough Of His Co-Hosts
‘My Big Fat Fabulous Life’: Is Heather Telling A White Lie?