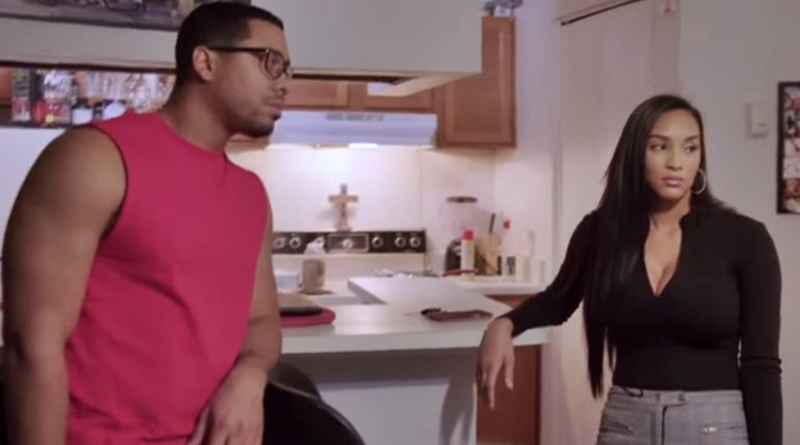 The Family Chantel, a spinoff from 90 Day Fiance, aired one season, and no word came of any renewal by TLC. The highly controversial families of Chantel and Pedro spent most of their time engaged in mega-dramatic clashes. Actually, many fans found the whole drama exhausting. Now, the family announced Chantel’s graduation from nursing school. And, it seems a bit bizarre that this was done as a celebrity-style event. Many fans dissed on her and joked about her possible nursing bedside manner.

The Family Chantel brought bad behavior to our screens

While some fans enjoyed all the drama of the show, TV Shows Ace reported that they lost a lot of popularity. They thought all the extreme antics enabled bad behavior. We saw Chantel’s mom with a taser as she confronted Pedro. Plenty of fighting, yelling, shouting, and general ugliness featured on the show. But, despite being totally disrespectful all around, the term, “you will not disrespect me,” became the catchphrase of the season.

The Family Chantel fans who looked at the poster for the event seem a bit shocked that it came advertised as a major celebrity event. Shared by @90dayfiancenews on Instagram, many people talked about it. The poster showed Chantel in full color in one picture and two with grayed-out colors. The wording on the poster proclaimed “CHANTEL.” Then, “Graduation Celebration” and it showed the event happens at the Gold Room on Friday, December 13. Notably, in bright lettering, it also says, “AG Entertainment | Elite Stars Ent | Numogul | Flatline ATL.”

The Family Chantel critics dissed on the celebrity event. As one person noted, “So what? Lots of people graduate from nursing school.” Another noted, “Why would anyone go to this? 😂😂😂 Unless you’re her family or close friend?” Well, at least one person would go it seems. Rebecca of 90 Day Fiance seemed sad to miss it. But mostly, people laughed at the idea. One fan who obviously followed Chantel from her first appearance, through the new Family Chantel show wrote sarcastically, “She has been in nursing school for 127 years.”

Many more critics laughed at the reference to being disrespected that one fan mentioned. A fan said, “Hopefully no one disrespects her 😎.” @90dayfiancenews replied, noting, “Iconic 👏🏼 “You will not disrespect me like this today. GOODNIGHT.” Fans who watch the show thought that was hilarious. One said, “Whyyyyyy did I read that in her voice!?!? I am CRRRYYYING!!!” A comment came in that said, “hopefully her or her drama queen ratchet mother don’t disrespect anyone themselves.”

Many people believe that the whole family seems very bossy. This makes them wonder just how well Chantel’s nursing bedside manner might go down with patients and other medical staff. One critic noted, “She’s not very friendly or even a compassionate person which nurses need to be.” Another person noted, “I’m a RN and…We don’t have time for high maintenance girls on the floor.” Another The Family Chantel follower pointed out, “I hope her bedside manner with her patients is nothing like she or her family portrait on TV.”

Not everyone dissed Chantel, though. After all, she’s at least making an effort to complete her education. Meanwhile, it’s not clear what Pedro’s doing these days to earn a living if they remain together. Cheatsheet noted that in November, he was “seen in Gainesville, near Atlanta, where he has lived with Chantel since their wedding.”

What do you think about the bizarre celeb-style event arranged to celebrate Chantel’s nursing school graduation? Do you think it’s strange? Did you go along? Sound off your thoughts in the comments below.

Remember to check back with TV Shows Ace often for more news about the cast of TLC’s The Family Chantel.