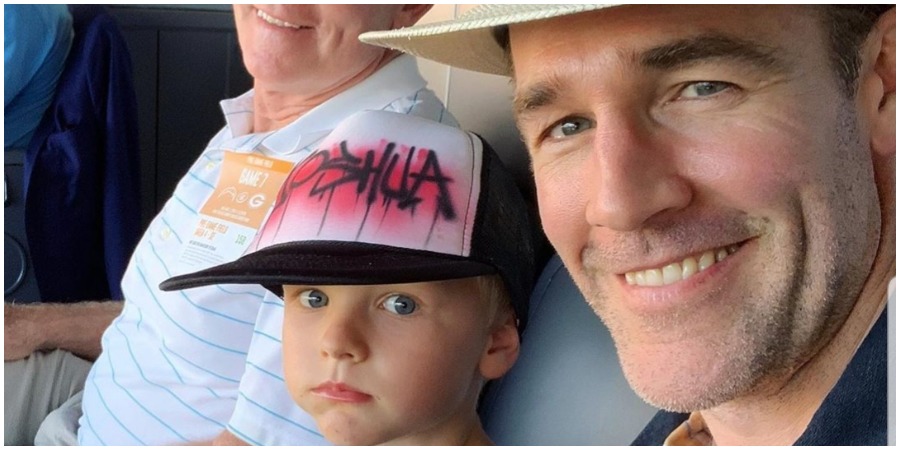 James Van Der Beek spoke of dealing with the miscarriage he and his wife Kimberly recently suffered. He posted a selfie of the two of them and a message about their road to recovery.

He said “still in repair. Discovering that healing happens at its own pace. Not the pace you’d like, and definitely not the pace at which the world keeps on moving… But it happens. And there’s beauty in allowing yourself to be exactly where you’re at.” He went on to say you don’t really have a choice anyway.

While he was on the show Dancing With the Stars, he revealed the loss since they’d just recently announced they were expecting their sixth child together. They’d waited the recommended amount of time before making the announcement.

James also was unfortunately eliminated from the competition. James was a fan favorite on the show always having the time of his life. He’d told his wife he wasnt going to compete, but she told him to. The Dawson’s Creek alum has five children with wife Kimberly.

Still in repair. Discovering that healing happens at its own pace. Not the pace you’d like, and definitely not the pace at which the world keeps on moving… But it happens. And there’s beauty in allowing yourself to be exactly where you’re at. (Plus, it’s not like you really have a choice, anyway 💜)

James Van Der Beek and his wife share; Olivia, 9, Joshua, 7, Annabel, 5, Emilia, 3 and Gwendolyn, 1. He often posts pictures and videos of himself woth the kids along with whay he’s learned as a dad of five. He said they’d been through it before but never so late in the pregnancy. The couple were devastated and wrecked. Fans felt terrible for them and posted their support.

Kimberly’s life was also in danger so it added another level of stress according to Entertainment Tonight. She had to have a blood transfusion because of the miscarriage. She’d said, “thank you to everyone for all the love. I don’t even know how I’m gonna begin to respond to it all. We lost our baby — boy, by the way — and I almost lost my life.”

James Van Der Beek has been open about how scary it was for them. He said, “In a place of newfound gratitude to have @vanderkimberly in this world today. Got really scary for a minute there – scary enough to wake me up to how much appreciation I have for so many things I just take for granted.” This was accompanied by a picture of his wife.

He thanked his Instagram followers for their support while questioning of that was healthy. He said it was the quality of people on his Instagram and not the quanity.

Fans have rallied behind the James Van Der Beek offering their prayers for the hard time they’re going through. Here’s hoping the family can heal and enjoy each other.