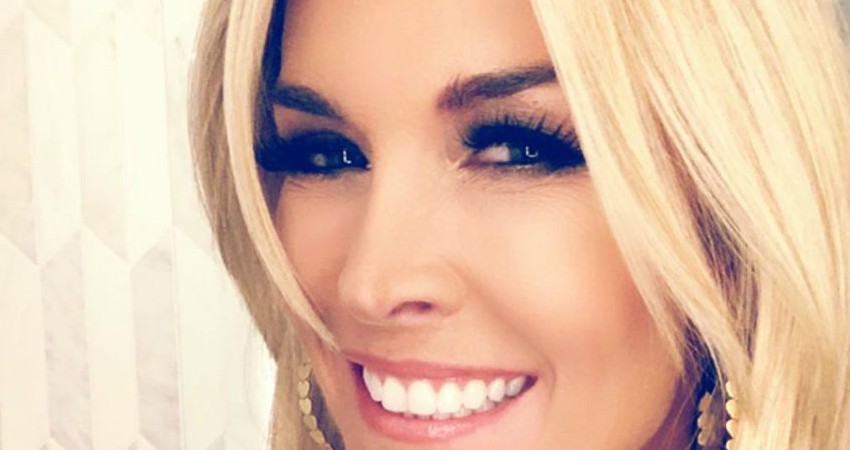 Earlier in the week, reports surfaced  that The Real Housewives of New York star Tinsley Mortimer stopped filming new scenes for the show. Co-Star Luann de Lepps seemingly confirmed the news at one of her cabaret shows.

However, Tinsley wants everyone to hold on for a New York minute. In an interview with People, the blonde socialite clears up the rumors and addresses her relationship with her new fiancé.

As fans know, Tinsley got engaged to her long-time boyfriend, Scott Kluth in Chicago last week. She posted a video of the proposal on her Instagram to commemorate the event.

One week ago today I got engaged to the LOVE of my life! Thank you sooo much for all your excitement for us! Every time I watch this it makes me cry 🥰❤️💍

Scott is the CEO of the popular money-saving app Coupon Cabin and he resides in the Windy City. While Tinsley confirms her plans to move to Chicago, she denies quitting The Real Housewives of New York.

Scott and I have been celebrating our engagement in Chicago, where I will soon call home. The last few weeks have been such a wonderful whirlwind of excitement, and we both wanted to spend this special time with each other and our families.”

The reality star further reiterated her plans to continue on the Bravo show.

As with many relationships, life does not completely stop for love, which is why I will continue to honor my work commitments in NYC while Scott focuses on CouponCabin’s busy season in Chicago.”

It’s no secret to RHONY fans that Tinsley and Scott sometimes had a rocky relationship. TV Shows Ace reports the couple briefly split up because he didn’t like appearing on the show.

The couple first met in 2017 after being set up by former co-star Carole Radziwill. Initial reports of her quitting the show put the blame on Scott making her choose between him or the show. Tinsley adamantly told People that these rumors were false.

It’s important for me to set the record straight. Any reports saying that I had to decide between Scott or the show are 100 percent untrue. We are enjoying this incredibly happy time in our lives.”

During Bravo’s epic fan convention in November, the network announced a new franchise coming in 2020. The Real Housewives of Salt Lake City will likely feature women of the Mormon faith.

At the time, many fans railed against the choice of SLC over Chicago.

Journalist Dave Quinn tweeted what Andy Cohen said this week about the topic on his radio show, RadioAndySXM.

On @RadioAndySXM this am, @Andy addressed those REAL HOUSEWIVES OF CHICAGO rumors and why a spinoff in the Windy City isn’t coming. “We just didn’t find the right casting for Chicago. Whatever casting we did, it wasn’t right and we haven’t gone back to do more. That’s the issue.”

Apparently, the rumors that RHONY‘s Tinsley would lead a Chicago Real Housewives spin-off reached Andy. The Bravo exec double-downed on it not happening. He said that a spin-off needs a long-time resident, not someone who just moved there.

If were were going to start a new franchise, I just think it would be with someone who had deep roots in Chicago. Who had a whole real, big life in Chicago. If she’s just moving there…”

That's the same story, even with Tinsley Mortimer's upcoming move there, @Andy said.

"If were were going to start a new franchise, I just think it would be with someone who had deep roots in Chicago. Who had a whole real, big life in Chicago. If she's just moving there…"

It sounds like Tinsley is staying with The Real Housewives of New York for now. The show is currently in production and is slated to return to Bravo in 2020 with Season 12.