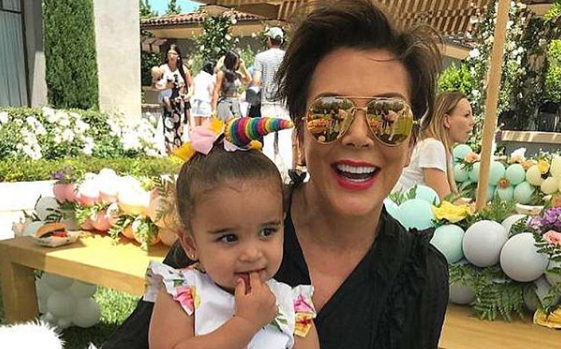 Kris Jenner has six children of her own, 10 grandchildren out of them, and an extremely busy schedule. She doesn’t let this keep her from her seasonal traditions.

Kris Jenner Is Excited About Life!

“I get so excited for the holidays,” she explained about the holiday season. “I’m so excited about life in general, my girls and my son and watching the grandkids grow. That’s really fun.”

Jenner is a grandmother to 10 grandchildren, all of her children have at least one child, except Kendall Jenner.

Kim Kardashian has four children with her husband, Kanye West. They share two daughters, North, 6, and Chicago, 1 year. As well as two sons, Saint, 4, and Psalm, 7 months. Kourtney has three children with her ex-husband, Scott Disick. Their oldest is Mason, who is almost 10, their daughter Penelope is 7, and their youngest son, Reign is almost 5.

Happy Birthday Saint!!!! I can hardly believe you are 4 years old!!!! You are growing up so fast… you are such a sweet, funny, kind and amazing boy and I love seeing your sweet face and beautiful smile. You bring such joy to everyone around you!! I love you Sainty!!!!! 🥰😍🎉🎈🎂 #HappyBirthdaySaint

Kris Jenner is currently working with Botox Cosmetics, but this doesn’t stop her from her traditions. She has plenty of them aside from their annual Christmas Eve party and traditional yuletide card.

“We start decorating after Halloween,” Jenner states. “We all have our input and we talk about it and make notes. It’s going to be something really special. And Christmas morning we’re usually at Kourtney‘s house, so she’s in charge of all the stockings.”

According to People, Jenner reveals that not everyone in the family is easy to shop for. “The tough ones are the guys,” she said. “Back in the day, I used to get my dad and my grandfather such traditional gifts. Everyone gets a golf shirt! But that doesn’t work with these guys. Usually, I get Kanye and Scott something in the jewelry category.”

But when it comes to the grandkids, “My favorite thing is planning what their gifts are going to be,” Jenner expressed. “It’s a really great situation. We have so many little ones, it’s like a built-in preschool!”

Despite there being so many of them, Kris Jenner says she gets to spend plenty of time with them all. They all live in the same neighborhood, so she gets to see all of them at least once a week. She even mentioned she went to Kim’s house because she was teaching her kids and had an anaconda in the backyard.

“I considered that a win because I saw North, Saint, Chicago, and Psalm, and then I got Penelope and Reign as a bonus!” Jenner said excitedly.