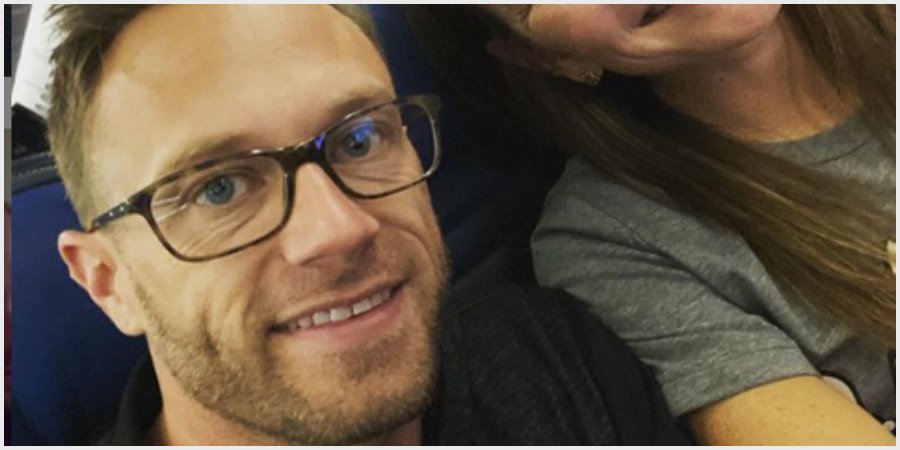 Adam Busby always has a clever response for his haters. Like most reality television parents, Adam’s constantly being watched by the public. Every post on his social media has thousands of eyes looking for flaws. Along with his wife, Danielle, the Outdaughtered star is used to getting completely dragged about everything from their daughter’s schooling to the way they act on the show.

Recently he shared some pictures on social media of the girls with their dog Beaux. Two of the girls are hugging him and the dog looks perfectly content.  The post drew in some negative comments from followers and Adam had a response for them according to In Touch.

What Did Adam Busby Say To Haters On Instagram?

The picture was captioned, “they love @beauxbuzz so much it hurts,” because of course, Beaux has his own Instagram. One person said, “Priceless. Can’t tell if he’s the happiest dog on the planet or he’s about to be choked out.” Another fan replied, “are you being funny. The dog looks like he’s in pain.”

Adam said, “if he didn’t want to her there, trust me. He wouldn’t be.” He said the dog was fine and could get away from the girls if he wanted to. The person who made the choked out comment said he was joking. Anyone with pups and kids know that dogs will get out of situations that make them uncomfortable. Most pets will put up with a lot because they love their little humans.

The Busbys Are Used To Having Their Parenting Choices Criticized

They’ve been criticized for allowing Riley to start kindergarten despite the other four quints remaining in pre-school. She tested higher than her siblings and was getting bored. Adam Busby had a response for those critics as well. He said, “typical social media for you. So many people that don’t actually know my child think that they know better than us, the parents.” They also had to deal with Parker, another quint not testing as high as her sisters. The Busbys had to decide whether to send her through to upper pre-school or keep her back. Ultimately they decided to send her through.

Busby said not many people know about this because only six parents in history have dealt with the complexities of all-girl quints. They’re doing the best they can. That’s really all any parent can do, but for people like Adam Busby, they’re doing it in the public eye.