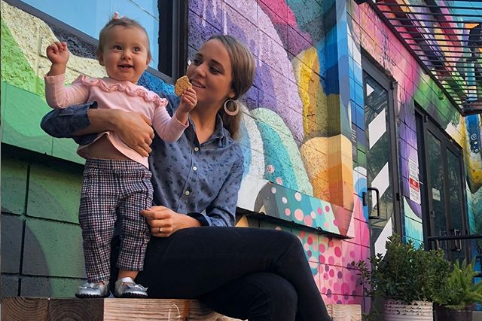 Counting On fans have come to love Jinger Duggar. She and her husband, Jeremy Vuolo are living a different lifestyle than her siblings. They are essentially the most modern couple of the family. They’ve been taking their time on having kids, but fans are convinced that Duggar is pregnant. And there’s a subtle hint that could just prove that their little family is growing.

The more the merrier is the way it has always been in the Duggar family. Jinger’s parents Michelle and Jim Bob have 19 children and as the kids have grown up and started their own families, it’s clear that the coming Duggar generation will not be a small one. The oldest Duggar child, Josh Duggar has welcomed six kids with his wife in the last 10 years. In the last five years, Jessa Duggar and her husband have had three kids. Joseph Duggar and his wife have brought two children into the world in two years.

Jinger Duggar and Jeremy Vuolo, on the other hand, were married for nearly two years before they had their first daughter. Now, the couple has been married for more than three years and still only have one child, unlike her siblings.

On the show, Duggar hinted that the couple definitely wants to have more kids. During one of her interviews on a recent episode, she mentioned having another child and the producers asked her if that was a pregnancy announcement. She said no, but she did mention the couple might have more kids while they live in California. But of course, the show airs several months after filming, so by now, it would make sense that the couple could be expecting.

There is still a subtle hint that might actually prove that Jinger Duggar is pregnant: her poses on Instagram posts. Her Thanksgiving photo raised some suspicions about whether she had a slight baby bump. Since then, it seems all the photos that have been posted have strategically hidden her stomach. The post has since been deleted, but Duggar had posted a photo with a Rebecca Minkoff bag in front of her abdomen. In some other posts, her arm is strategically blocking her mid-section, making it impossible to determine if she’s pregnant.

That’s not the only drama in Jinger Duggar’s life right now. According to CheatSheet, Duggar’s Instagram has been at the center of an influencer controversy. Duggar partnered with a Los Angeles based donut shop and fans of the shop had a problem with Duggar’s beliefs. Her family has spoken out about their opposition to same-sex marriage, transgender rights, and abortion. The shop immediately pulled their partnership and issued an apology to its customers. Then, Duggar launched a campaign with Rebecca Minkoff and soon after, the post was taken down due to “personal reasons.”

Duggar is doing her best to make an income being an influencer since she has 1.2 million followers on Instagram. It’s proven to be difficult since her views often oppose those of the brands she’s tried working with. It’s not yet clear if her career as an influencer is going to take off or flop due to her opinions.