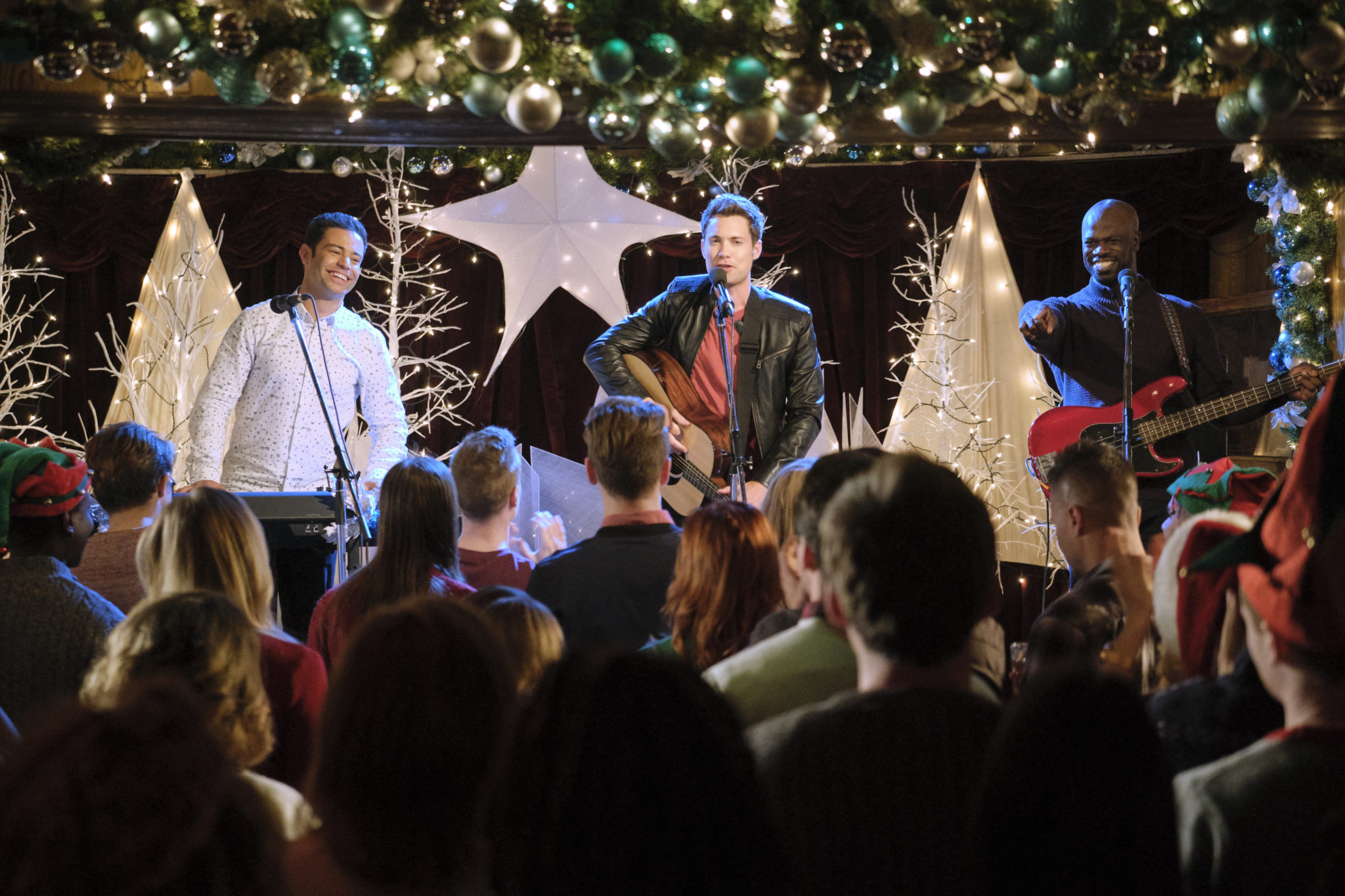 Christmas miracles are at the core of the heartwarming Write Before Christmas. What happens when you take the time to thank others, instead of wallowing in your own Christmas sadness? This Hallmark Countdown To Christmas movie includes  all-star cast that includes Torrey DeVitto (One Tree Hill, Chicago Med), Chad Michael Murray (One Tree Hill, Riverdale), Grant Show (Dynasty), Lolita Davidovich (How to Get Away with Murder) and Drew Seeley (Glory Daze).

Some critics are even comparing this movie to Love, Actually. What is Write Before Christmas about?

What Is The Write Before Christmas Story About?

Cellist Jessica (DeVitto) is determined to not let her recently broken heart hurt her Christmas. In fact, she has decided that she is going to forget the season of joy, except for one thing. She has taken the letters she was originally going to send to her jerky ex-boyfriend and send them to people who made a difference in her life. These are the people who have positively influenced her throughout her life. They are the reason that she is who she is now.

So, she sends one of the five Christmas cards to her aunt that raised her. Next, another letter is sent to her brother who is in the military. Then to a former pop star. Their music kept her going through some rough times. Next, she sends a card to her childhood music teacher that made such an impact on her life and career, and lastly to her truth-talking best friend.

Enter Luke (Murray), who is connected to one of these letters. Luke has a special gift to share with Jessica, a vintage cello, as his mom is in Kenya. Along with Luke brings in romance and the Christmas spirit. He also gives Jessica an opportunity for her ex-boyfriend to see what he has been missing.

This is not the only romance. In this story that is reminiscent of Love, Actually, there are many love stories, including that of a widower, Tom (Show), could find more than friendship, maybe even romance with a widow, Lila (Davidovich).

“I was so excited to pick up the cello, because I’m already a violinist, and also working with Chad because he and I did One Tree Hill together, so that was a lot of fun.”

Of course, DeVitto’s father, Liberty DeVitto has worked with Billy Joel for over 30 years. He has also worked with Stevie Nicks, who follows Torrey’s Instagram, Elton John, Meatloaf and others.

In addition, Dynasty’s own Blake Carrington, Grant Show, was happy to share on Instagram that this was his first Hallmark Christmas movie. They have a cutie pie dog with them too! Write Before Christmas has all of opposite elements of a Dynasty episode, so that has to be pretty fun for him to play a totally different kind of character.

When Can You Watch Write Before Christmas

Currently, the Hallmark Channel and Hallmark Mysteries & Movies are airing the Countdown to Christmas. Romantic movies, series like When Calls The Heart and mysteries such as Gourmet Detective will return after the holiday season.

Are  you planning on watching Write Before Christmas? Hallmark Christmas movies bring happiness and joy in the season of hope. Did this Countdown To Christmas movie help you believe in miracles again? Be sure to check back with TV Shows Ace for the latest Hallmark news.