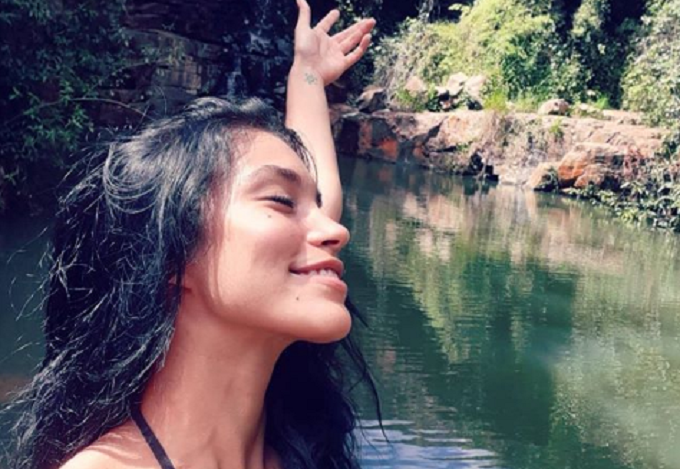 Jeniffer Tarazona is not tied down to any man. She wants to make it known that she’s a free woman who is enjoying the single life. It’s been reported that the 90 Day Fiance star has been enjoying the company of men lately, as evidenced by her Instagram account. She’s been dating so many men that fans can’t seem to keep up with her love life, which has lead to the pesky dating rumors.

Jeniffer is best known for her relationship with Tim Malcolm on 90 Day Fiance: Before the 90 Days. As previously reported via TV Shows Ace, the couple fought over everything on the series. Fans were skeptical of the couple since they never got to consummate their relationship. Even though the two tried to stay together after the series, Jeniffer’s Instagram posts made it seem like their relationship was already dead in the water.

It seems like Jeniffer is enjoying the single life. She’s been spotted in a series of photos during a night out in Columbia in her recent Instagram Story, according to Showbiz CheatSheet. Several of the photos featured Jeniffer getting cozy with several men.

Fans took to her Instagram account to speculate whether she was dating any of the men in the photos. Jeniffer took notice of those rumors and addressed them. She revealed that she’s not dating one of them. In fact, she’s dating more than one man.

“So funny that I upload a pic of 2 male friends and some of y’all think one of them is my boyfriend,” Jeniffer wrote. “Like no! Actually, they are both!”

However, it’s not clear whether Jeniffer was joking about the dating rumors. She does seem to have a sense of humor, as evidenced on the TLC series. Some may have trouble understanding Jeniffer’s sense of humor since she’s a bit sarcastic. But she has no trouble firing back and explaining herself when she has to.

Fans have also been wondering if the model is dating DJ Diplo, reports Showbiz CheatSheet. Ever since Before the 90 Days ended, Jeniffer has been busy posting pictures and videos with various men on Instagram. In one of those snapshots was a photo of her casually riding in a helicopter with none other than Diplo.

She wrote in the caption: “I was looking at my gallery and found this Hot supermodel @diplo Que calor! #wesley.” The caption has since been removed from the Instagram post. Jeniffer hasn’t since responded to that post or the dating rumors, but she has previously revealed that she has moved on from Tim.

When a fan asked her where her ex-fiancé has been, Jeniffer responded, “I’m not searching, it will come alone,” which seems to hint that she doesn’t want to get locked down to anyone at the moment.

What are your thoughts on the dating rumors surrounding Jeniffer Tarazona? Sound off below in the comments section. And don’t forget to check back with TV Shows Ace on the latest 90 Day Fiance news.