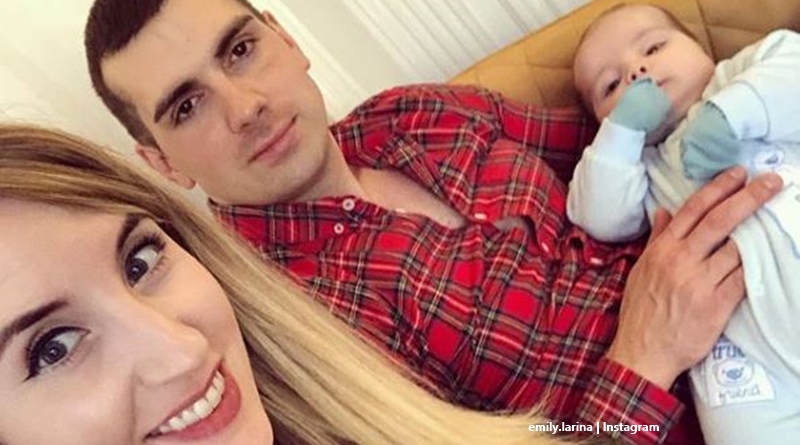 90 Day Fiance dropped a sneak peek of Emily and Sasha for Sunday night’s show. Things don’t look too good for Sasha and Emily. For starters, Sasha packs so lightly that Emily’s suspicious of his intentions. And, Emily’s actually keeping part of Sasha’s life secret from her mom.

TV Shows Ace often covers the TLC show, but so far, not much happened with Emily and Sasha. We saw them dealing with a few parenting issues. Actually, Emily, who fell pregnant in Russia feels he doesn’t contribute much. She said that she sometimes feels like a “solo” parent. Apart from that, the couple seems unremarkable. That’s despite the fact that he already fathered several kids and is divorced. In comparison to previous franchises, their story’s been small potatoes, many fans think.

After their son David arrived, Emily and Sasha quickly obtained a K1 visa for Sasha. But the 90 Day Fiance couple never went anywhere as Sasha failed to apply a passport for the baby. But, now they ready themselves for the move and Sasha only packed three shirts. The exclusive sneak peek that US Weekly saw shows Emily’s feeling insecure about Sasha. She says to him, “You’re arriving to America with just three shirts…and It looks kinda weird. You just look like you could pack up and leave any time.”

Certainly, Sasha seems unconcerned about Emily’s fears that he seems reluctant to be there for her for the long-term. Well, she might be stressing as he’s already got two previous kids by two different wives and he divorced both of them. So, obviously, that’s part of Emily’s concern. But, he just laughs it off, telling the camera she needn’t worry. In fact, he’s relaxed about meeting her family. Initially, that is.

It turns out that Sasha’s found out about Emily who lied to her mom by omission. The 90 Day Fiance star seemingly forgot to mention the fact that Sasha’s divorced. Even worse, he’s been divorced twice. That’s a worry for Sasha, as Emily merely told him, “Just don’t bring it up if she doesn’t ask.” That’s a lie by omission and could land Sasha in the hot seat.

I haven’t changed the name on my passport yet 😉😉. But I wanted to take this username before anyone else. Also, I love my fam ❤️ #family #happiness

Usually, a mother wants all the information she can get when their daughter brings home a man. The chances of Emily’s mom not asking about prior relationships seems very small. We all saw just how far a lie by omission can go in the past. But, if it all goes south, the 90 Day Fiance dad won’t have too much stuff to pack for a return flight to Russia.

What do you think about Sasha packing so lightly? Do you think he’s not committing to the long-term? And what about Emily’s lie by omission? Sound off your thoughts in the comments below.

Remember to check back with TV Shows Ace often for more news and spoilers about the cast of TLC’s 90 Day Fiance.