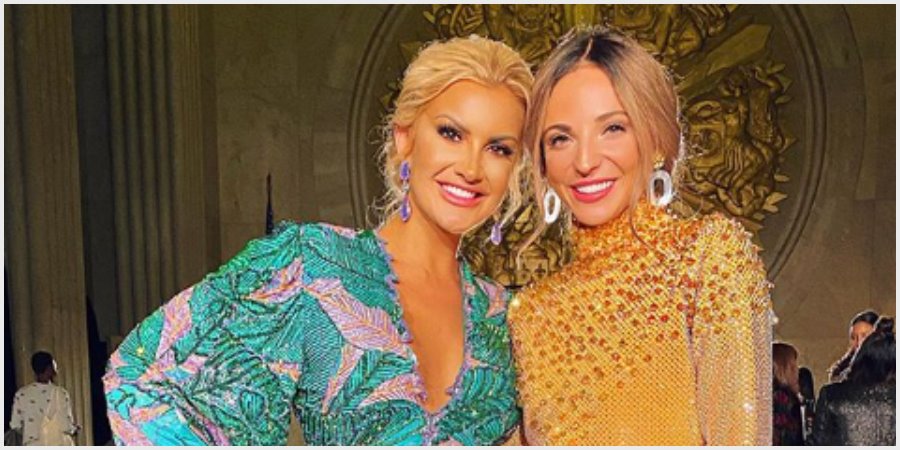 Big Brother star Kat Dunn revealed where her relationship is with Nick Maccarone right now. She went on Coco Caliente which is Nicole Franzel and Victor Arroyo’s podcast to say they are having a lot of fun.

Kat said they are, “just getting to know each other out in the real world, ’cause even though you do get to know each other on a deeper level in the Big Brother house, I mean you don’t have to experience things like going to the grocery store together, paying bills.” She said knowing him outside of the house, she really likes him.

Kat Dunn And Nick Were The First Jurymance On The Show

According to US Weekly, Kat Dunn and Nick Maccarone were the first Jurymance on the show. They surprised fans when they got together in the jury house after eviction. Nick was in a relationship with Bella Wang, also on the show. Kat had stated before she didn’t care for Nick that much so eyebrows were raised. Kat said, “you know, it’s a very controversial relationship and people either ship us so hard and they want us to work or they hate us, but they’re equally as passionate about it.”

The reason she said there are people on both sides is because of the relationship Nick had with Bella. She said people always ask her why, because they thought she hated him in the house. Kat addressed this saying, “if you watched the show, you know that he was not my favorite person in the house and especially during the week I got evicted, but looking back I see that I had a lot of preconceived opinions about his gameplay.” She said those opinions made her not like him as a person. He started an alliance with others to get her out of the house when he was still in.

The Two Aren’t In An Exclusive Relationship Right Now

Kat Dunn said the two weren’t exclusive. She stated he could go date someone else if he wanted to, but she doesn’t think he will. She said once they were in the jury house she got to know a whole new Nick. Then, she added said, “he wiped my tears away when I was crying and calmed me down while I was stressed. Our relationship in the jury house wasn’t based on cheap sexual gratification — it was an actual, genuine friendship.” She did say while Bella had broke up with Nick over Twitter she wouldn’t have disrespected her by kissing him on camera or anything like that.

Kat said that Nick was going to come and visit her in Dallas. She also revealed he’d accompanied her to the podcast and was waiting in the other room. This showmance might be one that lasts.

Not pictured: pies in our face 🥧😵 BUT head to my youtube channel and watch my NEW VIDEO where @nick.maccarone and I play “how well do we know each other??” and 1 wrong answer = 1 pie in the face! YouTube.com/kathryndunn