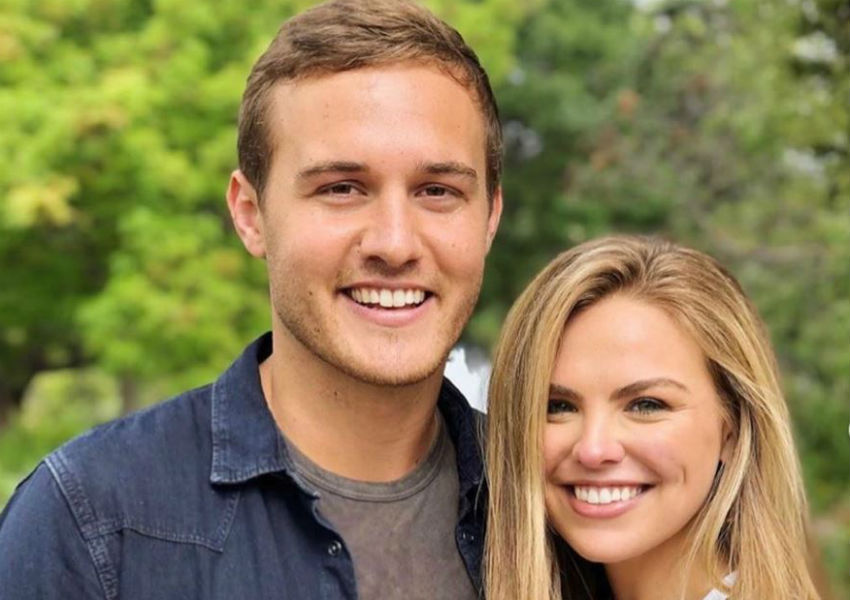 New Bachelor Peter Weber just wrapped up filming the 2020 season of the show. As the days edge closer to premiere night in January, more details are coming out about Peter’s journey. One detail in particular is that former Bachelorette Hannah Brown got out of the limo on the first night. What does this mean? Warning! There are a few spoilers ahead!

Why is Hannah there to see Peter?

The official page of The Bachelor released promos of Peter’s journey. In both videos, Hannah is there. The first shows Hannah get out of one of the limo’s on Peter’s first night. The press release about this episode indicates the other ladies all scream loudly when they see Hannah. Some are seen being less than happy saying she had her chance. So why is she there?

Reality Steve assures fans that Hannah is not on Peter’s season. She simply came to talk to him and then she left. Steve reports that Hannah never even attended the party. Remember, she was also currently filming Dancing With the Stars when Peter’s season was filming.

Just got back from two months of the most insane journey ever… told my boy everything and he can’t believe it!

This isn’t Hannah’s only appearance this season

Just when you think Hannah is gone, there she is again. She is actually going to host the first group date for Peter. At this point, most fans of The Bachelor/Bachelorette are familiar with the windmill story. If you’re not, basically, Peter and Hannah were intimate in a windmill not once, but four times. The date Hannah is hosting will feature 9 of the women talking about their most memorable sexual encounters and fantasies.

Now here is the confusing part. The press release for this episode indicates that this where the confusion arises between Peter and Hannah. The release says, “But what happens when Peter discovers a distraught Hannah backstage? What she shares with him will leave them both as confused as ever.”

In the second promo on The Bachelor page, Peter and Hannah are seen talking. They obviously still have chemistry. There are times when it looks as if he is close to kissing her. She says, “I know there’s still something there and I would do anything for a relationship.”  He then leans in close to her face and asks, “What you say if I asked you to come be part of the house?”

What does it all mean? Does Hannah want Peter back or is the promo meant to throw fans off? Peter sure seemed very into her. Will Hannah decide to take him up on his offer? Find out on January 6, 2020 when The Bachelor premieres with a 3 hour long episode.