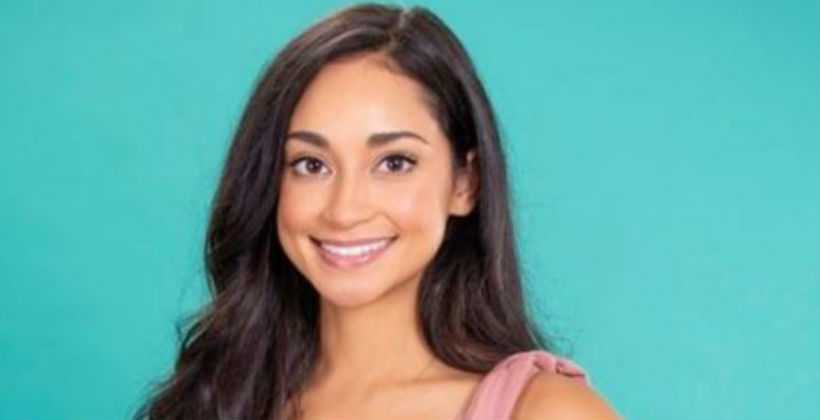 In every season of The Bachelor it’s a given there will be drama. What usually doesn’t happen is things getting ugly so close to the end of filming. Peter Weber finished filming his season around November 17. Since then one contestant is finding herself swarmed by rumors and now even being asked to leave a bar. Victoria Fuller has her hands full and the season has not even begun airing yet. As seen in the post below, she fully denies the rumors.

Victoria Fuller lives in Virginia Beach. As previously reported by TV Shows Ace, Reality Steve  shared important details about Victoria’s past. She allegedly was responsible for ruining a few previous relationships for other women. Victoria allegedly had a few relationships with married men.

With that said, now that filming is over and news of her past is all over the internet, things have been rough for her. In the latest events, Reality Steve shared Victoria ran into Merissa, the former friend of Peter’s who warned him about her. She called her a loser and locked herself in a bathroom.

JEREMIAH 29:11 I’d like to start off by saying thank you to all of my family & friends for the overwhelming support. Even to the strangers who have reached out to show me kindness. THANK YOU. The RUMORS you are hearing are FALSE. There will be a time & place where I can defend myself, but for now I choose to wait. HOWEVER, bullying is NOT ok. Nor is it fair. Especially when casting judgement and basing opinions upon pure speculation, assumptions, & LIES. With that being said— On my best days & especially on my worst days I look to a friend. The best friend I’ve ever had in my life. He does not judge me for what I look like. He does not throw stones when I am down. He makes me smile when I am mad. Licks my tears when I am sad. Lays on my chest when my anxiety is through the roof. And paws my face when I can’t get out of bed some days to tell me, ‘Hey! I’m here. You’re enough. Remember that.’ That friend is my Black Lab, Buxton. I’m so proud to say that my boy is in training to become a #therapydog. Buxton has served as my personal service dog for over a year now, but his new role will be a little different. As a therapy dog Buxton will be providing comfort to children in hospitals, affection to elderly in retirement homes, love to those who may be having a hard time at school, & others who maybe just need a hug! Life will throw you curveballs, but sometimes all you need is some love & loyalty from a 4 legged friend willing to catch those curveballs for you. We may not always know the WHY, but we can rely on the fact that there is a reason. A reason to keep pushing forward wherever we may be in life. A reason that is a lot bigger than us. I trust that God & the Universe are showing me the way. . . . . & just remember.. we all have a story.

Victoria is not a fan of Reality Steve

Now that filming is over and the ladies now have social media accounts turned back on. They are seeing all their comments, etc. Apparently, Victoria has now blocked Reality Steve on Instagram. He doesn’t seem to care and also tweeted the following, “While Victoria was on IG last night gaining 15k followers and reading all the comments coming in (deleting a lot of the negative ones of course), she was also sitting with her ex boyfriend, Brett. So since many of you have asked, no, Victoria didn’t win this season.”

Steve followed up that tweet by saying, “Couple points about yesterday’s tweet: Wasnt insinuating Victoria was back w/ her ex, Brett. Or hooking up. He was just with her the other night. And bc she was with him was NOT the reason I knew she didn’t win. I’ve known that for the last week.”

Aside from what is already known about Victoria’s hometown, Reality Steve also shared more details in his latest podcast. Apparently after Merissa told Peter what she knew about Victoria’s reputation in Virginia Beach, Peter confronted her.

According to Steve, Peter was definitely upset about the information he received. So upset that he actually ended things with her and did not go meet her parents. However, she went to Peter’s hotel the next morning and whatever she said made him give her another chance. She received a rose and went on the overnight dates to Australia. According to Steve, Victoria goes home after fantasy suite dates.