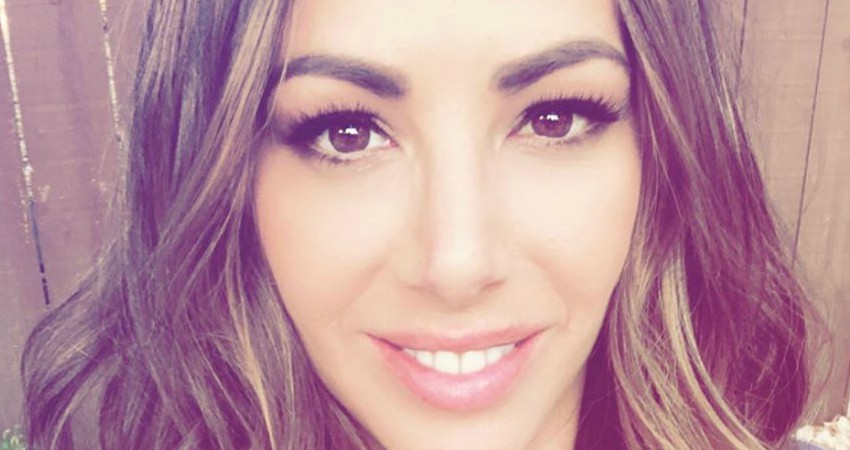 The Thanksgiving trend for 2019 seems to be eating dinner with your ex. First Jennifer Aniston and ex-husband Justin Therox broke bread together. Then Vanderpump Rules star Kristen Doute posted a photo on Instagram of her Friendsgiving with ex-boyfriend Brian Carter included in the festivities.

Kristen Doute revealed during Season 7’s reunion that her relationship with Brian Carter was over. However, the former couple continued to live together. Us Weekly reports that the living situation is part of what strained Kristen’s friendships with VPR co-stars Stassi Shroeder and Katie Maloney-Schwartz.

In September, Kristen posted an introspective post on Instagram that seemingly confirmed her split with Carter (as she calls him) for good. In the caption, the Bravolebrity mentions Gwyneth Paltrow and Chris Martin’s “conscious uncoupling” term for a breakup.

“Carter and I both know and have come to terms that our new label is friends – full of the utmost love and respect. He’s one of the most wonderful people I’ve ever known. As we unravel what has been for so long such an intertwined life, it hasn’t been easy. But it’s a step in the right direction. It may not be the black and white answer everyone is looking for, but it’s our answer and that will just have to do.”

Relationships are messy, and it's not fair to anyone to hide from the truth for the sake of criticism. Let's start there. I haven’t come to terms with everyone wanting a black and white answer of where Carter and I stand. I want to scream, what about the gray parts of this, the undefinable aspects of loving and caring for someone, while knowing that they aren’t your person anymore? After the therapy, the meditation, all the steps you take to pursue actual self love, how do you define the realization that you have to move on in order to truly grow? I've been called a hypocrite, a villain, for not communicating what has been going on between us because it has been just that… between us. But we both deserve this weight to be lifted, so this is our version of a conscious uncoupling. Carter and I both know and have come to terms that our new label is friends – full of the utmost love and respect. He’s one of the most wonderful people I’ve ever known. As we unravel what has been for so long such an intertwined life, it hasn't been easy. But it's a step in the right direction. It may not be the black and white answer everyone is looking for, but it's our answer and that will just have to do.

Kristen’s “Friendsgiving/TurkeyPalooza 2019” photo caught the eye of many fans. But it wasn’t the food they were commenting on. It was who attended the gathering. The Vanderpump Rules star’s former live-in boyfriend, Carter, was in the center of the photo, giving a thumbs up with one hand while his other hand was holding a drink.

Many fans took to the comment section to ask if the former couple reunited. Some fans pointed out that exes can remain friends. In reply to one fan, Kristen confirmed that no, they are not back together. However, she says they are “great friends,” which many fans applauded.

Some VPR Stars Show Support For Kristen’s Clothing Line, But Not Stassi or Katie

As fans know, Kristen has her own clothing line, James Mae. Co-star Jax Taylor recently promoted the brand on his Twitter by encouraging fans to buy the “Blocked By Jax On Twitter” t-shirts seen at BravoCon from Kristen, not another knock-off.  (It seems Kristen is no longer blocked by Jax on social media after Jax went on a co-star blocking spree.)

Kristen and @jamesmaeco will be making the official “ blocked by Jax” and “unblocked by Jax”. our shirts Will be super soft and longer in length. Don’t bye the fake ones.

HAPPY BLACK FRIDAY! From our @jamesmae.co framily to yours, check out our biggest sale of the year!! ❤️🧡❤️ Happy shopping!

Kristen’s former BFFs Stassi and Katie and VPR co-stars are nowhere to be found. In fact, Stassi recently said she needed a mental break from their friendship. Fans will see what led to the fractured friendships on the upcoming Season 8.  Jax and Tom Sandoval also have issues to work out, as the trailer shows.