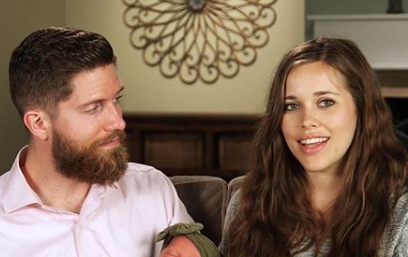 The Duggar kids have been extremely close throughout their childhood. With 19 children around, Michelle and Jim Bob Duggar’s kids always had a sister or brother to spend time with. After their original show, 19 Kids and Counting was canceled, Jill and Jessa Duggar became the stars of the spin-off Counting On.

The Duggar Children have Grown Up, But Have They Also Grown Apart?

Jill is no longer part of the filming on the show after her husband shared some controversial tweets that caused issues between him and the producers. Since then, it seems the relationship between the sisters has suffered, and fans are beginning to notice.

When 19 Kids and Counting lost its spot on the air in 2015 after Josh Duggar’s sexual abuse scandal had been let out, Jill and Jessa’s lives had just started. Both had just recently been married, began having kids and fans were not ready to let it end. TLC replaced it with Jill and Jessa: Counting On, which focused on the sisters’ lives. But many of the other Duggar children were growing older, so the show gave equal face time to the new couples as well, like Jinger and Jeremy, and Joy and Austin. In 2017, Jill and Derick Dillard left the show.

In 2017, Derick tweeted some comments that were homophobic and transphobic. TLC stars Jeremiah Brent and Nate Berkus were the focus of the tweets, as well as Jazz Jennings. People didn’t take these very well as many would imagine, so they demanded he be fired from the show. His side is that he pulled his family from the show on his own terms. Regardless, some think this split from the show created tension with the rest of the family. This may have something to do with the fact that none of the Dillards are allowed to film with the other Duggars. With Jill being such an important cast member on the show, it likely led to the slight dip in ratings. Lower ratings equal less money, which could easily cause problems.

According to CheatSheet, Jill posts pictures of her kids all the time, just as any mother would. But it seems they spend most of their time with family friends rather than their cousins. Jill recently posted a picture of Israel and Samuel playing with some family friends, fans took notice to the lack of Duggar cousins. “Looks like you don’t get together much with Jessa for playdates. I hope everyone is getting along,” one user commented. “I wonder why she is never at her parents’ house?” another asked.

Even after what happened with his controversial tweets, Derick didn’t learn from his mistakes. He recently tweeted about some thoughts on Jim Bob and TLC’s ways of handling money. A fan asked, “Why does Jim Bob get all the money for the show and doesn’t give any to his children?” This is where Derick chimed in, “I don’t know. You would have to ask him that.” It’s pretty clear there had been a falling out of some sort. This likely explains why Jill doesn’t spend a lot of time with her family any more, though nothing has been confirmed.