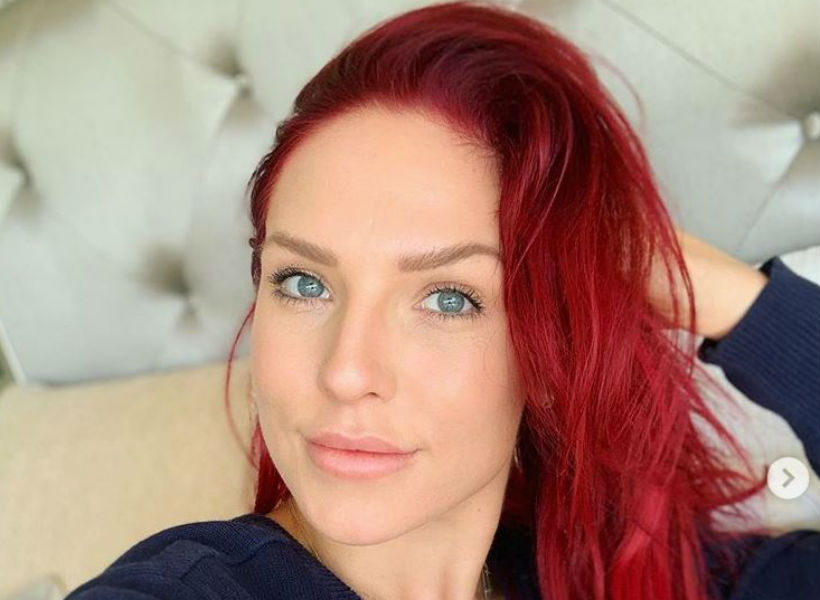 It looks like Dancing With the Stars professional dancer alum Sharna Burgess could possibly be joining another reality series. She has revealed that she is in talks to become The Bachelorette in Australia. Sharna is saying she is talking to the producers about the lead role and she is ready to find love.

Burgess revealed she just returned from Australia and while she was there this was a huge topic. PopCulture shared Sharna’s response. She said, “I am getting more and more open to being the Bachelorette. I just got back from Australia and it became a pretty hot topic over there on whether I could be the next Bachelorette in Australia, so that’s an interesting thought for me. I’m excited by it! I would maybe do it here, I don’t know. It’s up in the air, but I’m definitely looking for love.”

Sharna is no stranger to Australia. She was worn there in Wagga Wagga, New South Wales. She shared she lived there until she reached the age of 18.

What Sharna is looking for in a husband

While Sharna is becoming open to the idea of taking on the role of The Bachelorette, she fears she could possibly end up alone. However, if she chooses to participate on the show, she has shared what kind of man she is looking for.

Sharna said, “Someone who already has gone through their own journey to themselves and their career and is ready to build something with someone else now. And just love and support each other, honestly. I just wanna share life and memories and moments.”

She also jokingly said she is very honest and sometimes speaks before she thinks. She fears this could get her in trouble on the show.

It takes a village when you don’t have an Instagram husband 🤷🏻‍♀️…. swipe to see what I mean 😂

Why Sharna left Dancing With the Stars

Back in September, Hollywood Life shared the reason Sharna was not participating on the current season of Dancing With the Stars. She revealed after competing for the past 12 seasons and winning the last season with Bobby Bones, the producers just couldn’t find a good partner for her.

When discussing if not being on this season bothered her Sharna said, “There’s no love lost between me and Dancing with the Stars. They’re wonderful. I just had lunch today with one of our producers over at BBC and we’re talking about future things. So it’s all very exciting and it’s kind of a blessing to have this time to really explore other things for me. So I’m actually grateful for it.”

The current season is getting close to wrapping up and the contestants heading to the finals were just decided last night. Bachelorette Hannah Brown and partner Alan Bersten are one couple heading to the finals. Don’t miss Dancing With the Stars on ABC to see who wins.