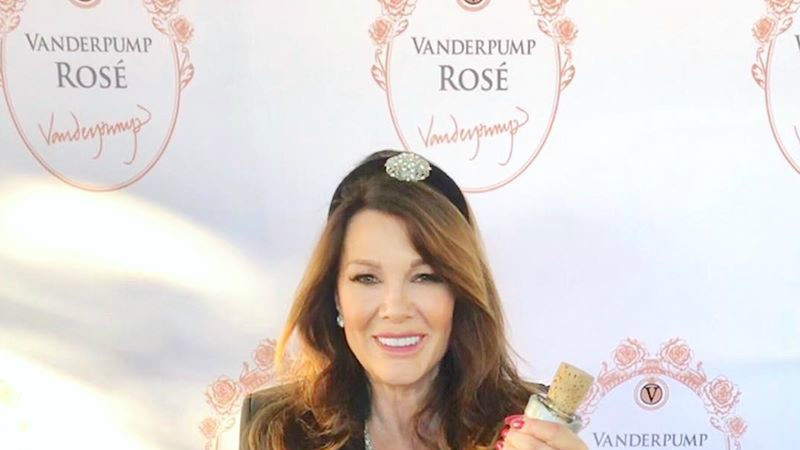 Bravo’s fan convention is the gift that keeps on giving. Close to 100 Bravolebrities gathered in NYC for panels, meet-and-greets and shade-throwing. No one throws shade quite as well as the queen of Vanderpump Rules, Lisa Vanderpump.

A Friday morning panel featured OGs of The Real Housewives eight franchises. Lisa’s former friend and The Real Housewives of Beverly Hills co-star, Kyle Richards, appeared in front of fans. Rumors quickly surfaced that Lisa made a hasty exit from the stage to avoid interacting with Kyle.

TV Shows Ace reports that the Vanderpump Rules star left the stage as soon as the event was finished. According to Kyle, Lisa departed because she was trying to avoid saying hello. The two had a huge falling out during Season 9 of RHOBH that ultimately led to Lisa quitting the show.

However, Kyle has said in the past that the two are cordial when they see each other around town. Now Lisa says that’s not always the case. The SUR owner also throws major shade at Kyle’s assertion that Lisa avoided her at BravoCon.

The RHOBH  and VPR star spoke with People magazine at BravoCon. When asked about Kyle’s claims, Lisa has a different version of events.

“We were on different times. I was on with Vanderpump Rules. This is typical of Kyle — she would always sling something at me! How could I run away from her? I’m with Vanderpump Rules. Bravo knows what they’re doing. They know where to schedule us and tells us where we’re going. So don’t flatter yourself, sweetie!”

Kyle also recounted a story of being seated next to the VPR star at a restaurant recently. The brunette actress claims that the former friend said ‘hello’ to each other. However, she threw in a caveat that, “Well, I did.”

Once again, Lisa has an entirely different view of the run-in.

“Yes, I was at dinner and she came to the restaurant. It wasn’t very friendly.”

As Bravo fans know, actor Jerry O’Connell is a Real Housewives superfan. He hosts his own talk show on the network, Bravo’s Play by Play. Not one to be left out of BravoCon, the actor showed up in hilarious cosplay.

The self-professed Bravoholic donned a silver wig, low-cut t-shirt and a stuffed dog to appear as Lisa’s husband, Ken Todd. He then posted a video on his Instagram of him screaming, “GOODBYE, KYLE” over and over again.

#BravoCon Cosplay about to see @bravoandy !!!

As fans know, Ken famously kicked Kyle out of the home he shares with Lisa with a curt, “Goodbye, Kyle” until she eventually departed.

The Real Housewives of Beverly Hills returns to Bravo in 2020. Garcelle Beauvais and Sutton Stracke join the show as newcomers in Lisa’s absence. Vanderpump Rules Season 8 premieres January 7 on Bravo.