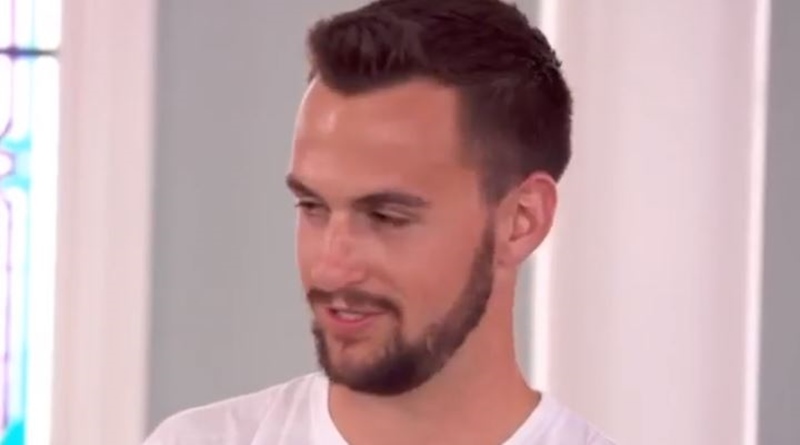 Chrisley Knows Best fans know that at some stage, Nic Kerdiles and Savannah plan on getting married. While we see a lot of stuff on social media, in the latest episode of the show, Todd Chrisley talked about it. He said that Nic’s not just marrying Savannah. In fact, he’s also marrying Todd, which made fans laugh a lot.

TV Shows Ace noted that Savannah always knew her dad would want to get involved in planning the actual wedding. We reported in Augst that Savannah said, “I have always said that my dad could plan my wedding and we just show up and it would be exactly how I want it.” She said they are enjoying working on it together. Well, that’s a bit different from Nic actually marrying Todd Chrisley. But, we get it. In a way, when you marry a Chrisley, you marry the entire family.

We know from the Chrisley Knows Best show, that Todd’s very protective of his family. Even his estranged daughter Lindise gets his prayers and love, whether she wants it or not. So, when it comes to Nic marrying his daughter Savannah, Nic should know that Todd’s gonna be there keeping an eye on him. But, they seem to get on okay, and maybe Nic will enjoy becoming part of the amusing family. Fans reacted to the scene where Todd said he and Nic were getting married.

Ahead of the show, Todd shared about it on his Instagram. he captioned it with, “Can’t believe @nickerdiles thought that this wedding planning would only involve him and @savannahchrisley. Does he even know this family?” But he meant it in a nice way. It was back when Todd was in a wheelchair. Hilariously, he wore Savannah’s veil. He rolls up to Nic and says, “This is our day.” Nic didn’t look too happy at that. But, fans laughed at the scenario.

One fan of Chrisley Knows Best said to Todd, “Lord Mr. Chrisley you better let them know who is running that wedding 😊.” Another fan commented, “you marrying me and Savannah his eyes was not joking 🤣🤣🤣🤣.” One other follower commented, “Yes!! You’re not marrying savanna. how long you been around Todd Savanna his twin too.” Meanwhile, the fans just love it that Nic and Savannah are planning to get some married, although there’s no actual daye yet. One fan noted, “Savannah and Nick are so cute together!!! Overjoyed for them both!!!”

Can’t believe @nickerdiles thought that this wedding planning would only involve him and @savannahchrisley. Does he even know this family? Tune in for an hour of #ChrisleyKnowsBest tonight starting at 9/8c.

Over on Twitter, Chrisley Knows Best fans also reacted to the episode. One fan said, “Omg this wedding is really gonna be over the top!!!” Then, another fan replied, “I agree with you!! So wish I could be a fly on the wall.” And, if we know Todd Chrisley, when it all comes to pass, no doubt plenty of humor and funny speeches will go down at the wedding reception.

People reported that while we can expect a wedding, Savannah said that they’re not rushing into it. So, fans might need to wait some time yet before we see any of it.

What do you think of Todd telling Nic Kerdiles he’s not just marrying Savannah? Did you think the episode was hilarious? Sound off your thoughts in the comment below.

Remember to check back with TV Shows Ace often for more news about Chrisley Knows Best.