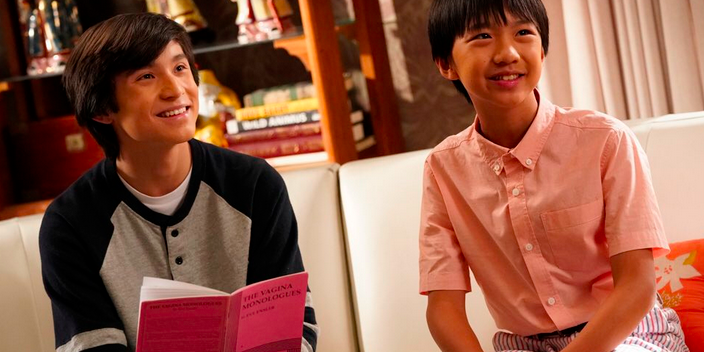 It features Constance Wu, Crazy Rich Asians, who was able to use the series as her break out into acting. The cast also includes Randall Park, Ant-Man and the Wasp. Their navigation of Orlando, Florida was exciting and hilarious. This is thanks to the chemistry of Jessica and Louis Haung. The premise was the family relocated with their children, Eddie, Emery, and Evan and Louis’ mother, Jenny, from Washington D.C. in order to open up a Cowboy-themed restaurant in 1995. It is based on the autobiography with the same name, of Eddie Huang the chef and food personality, published in 2013.

Earlier this week, ABC notified the production team and cast that they will not renew their contract. Episode 14 and 15 will be the last in Season 6. They are each one hour long. They will air on February 21st, 2020 on ABC.

Why is Fresh Off the Boat cancelled?

There seems to be a lot that played into the canceling of this once favorite show. From being on the coveted slot on Tuesday night’s family block, in an attempt to revive the popularity was moved to Friday for the TGIF block. This, unfortunately, did not aid in the show’s success.

Problems also arose when a statement from Constance Wu was released that she, ‘Literally cried’ when she found out the show was renewed for season six. This was met with a backlash of Wu not being grateful for the show starting her career. The series of social media posts from Wu gave most of that impression she no longer wanted to be apart of the series. From, “f*cking hell” on Twitter and posting, “dislike” on the Instagram announcement, it seems like that would be the case.

She later followed up that she was just disappointed because she would not be able to participate in another project now that Fresh Off the Boat was renewed. It seems Wu now has her wish, whether she cast a spell or had any input in the choice, the show will be completed after 6 seasons.

The creator, Nahnatchka Khan stated, “I’m so proud of the show and what we’ve accomplished over the past six seasons. Thank you to everyone at ABC and 20th Century Fox Television for going on this ride with us. It was truly a special experience and hopefully will forever be a reminder of all the stories out there that deserve to be told. Like B.I.G. said, ‘And if you don’t know, now you know.’”

Bye fam…love u all
We got a bunch of episodes left this season so pls watch them before we go🙏❤️https://t.co/Yi8jvWvkM6

Khan, along with executive producer Melvin Mar, will finish its run with six seasons and 116 produced episodes. It will surely be missed. But, a Fresh Off the Boat spin-off is currently in production! All we know is that it plans to follow an Indian girl who goes to school with one of the children, Eddie. At this point, no real information is public. We can only hope for a successful and entertaining look at new and exciting cultures and comedy.

So, what do you think of Fresh Off the Boat being cancelled? Do you enjoy the show, or are you ready to see it go? Leave a comment and share your thoughts!