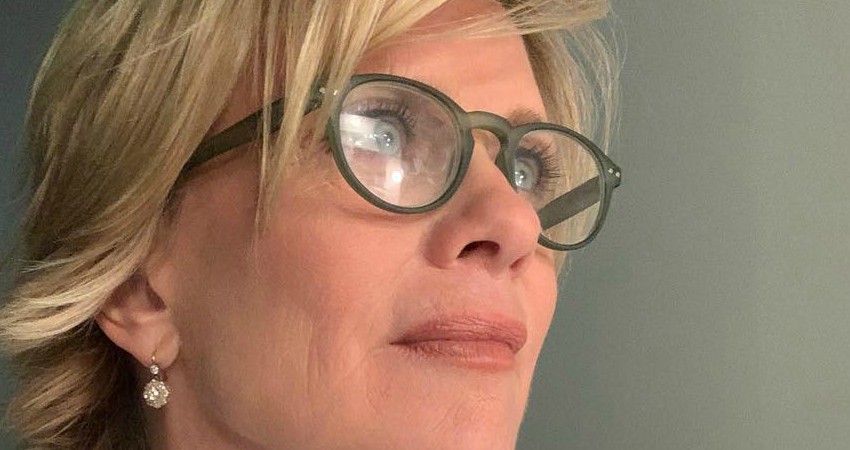 Days of Our Lives is back this week after a time jump that set the soap one-year into the future. Due to news coverage, much of the week could be preempted. However, there is a chance the upcoming Soap Dirt spoilers will air as planned.

Before the time jump, Lani (Sal Stowers) left Eli (Lamon Archey) at the altar. However, two weddings took place in their absence. Jack (Matthew Ashford) and Jennifer (Melissa Reeves) completed their reunion by getting hitched. Justin (Wally Kurt) proposed to Adrienne (Judi Evans) out of the blue, which may not lead to a happy ending after their wedding.

Stefan Nichols revealed months ago that he was heading back to Salem as Patch.

With my peeps at #days 54 years celebration #kencorday #nbc multiples #love and #respect for my coworkers-cast and crew! ♥️♥️♥️

Kayla (Mary Beth Evans) has had her hands full tending to Julie’s (Susan Seaforth Hayes) heart attack and Jennifer’s coma after a tumble out the window courtesy of Princess Gina.

Unfortunately for Patch, it seems Kayla has lost faith in their marriage and moved on to another man. Unconfirmed rumors suggest Adrienne dies during the one-year lapse. Further speculation says Justin seeks comfort in Kayla’s arms and the duo are a couple now.

General Hospital fans might remember that the actors played love interests Ned Quartermaine and Katherine Bell on the ABC soap. Can they recreate their old chemistry and where does that leave Patch?

Chad Reveals Shocking News to Abby – Is it Possible Stefano is Alive?

Chabby fans rejoice – the couple moves home from Paris amid Jennifer’s recovery from a coma. But, it may not be smooth sailing for the tortured duo. Chad (Billy Flynn) tells Abby (Kate Mansi) that he has been talking to his father, Stefano. Joseph Mascolo portrayed the Salem villain until the actor’s death in 2016. At the time, Stefano was also presumed dead.

However, Stefano is the Phoenix who rises up again. Fans are outraged at the idea of the soap recasting the iconic character. Did Stefano have something to do with Kristen (Stacy Haiduk) leaving town?

DOOL Enemies Sarah and Nicole Team Up to Fool Eric

Sarah (Linsey Godfrey) has been struggling to keep her pregnancy a secret. Eric (Greg Vaughan) is the father, but he reunited with Nicole (Arianne Zucker) after she turned up alive earlier this year.

But, now Sarah’s secret came out right before the time jump. When the show picks up again one year in the future, Eric seemingly still doesn’t know he’s a dad. Spoilers indicate that Nicole and Sarah are feeding Eric a huge lie regarding the pregnancy. Perhaps the vixens are saying the baby is Xander’s (Paul Telfer) and not Eric’s.

However, secrets never stay secret for long in Salem. Eric will find out he’s the father soon or later, likely blowing up his relationship with Nicole. DOOL recently dropped a preview of some of the things fans can expect to see in the flash forward.

Days of Our Lives normally airs weekdays on NBC. But, all daytime shows may be replaced with impeachment hearings this week.