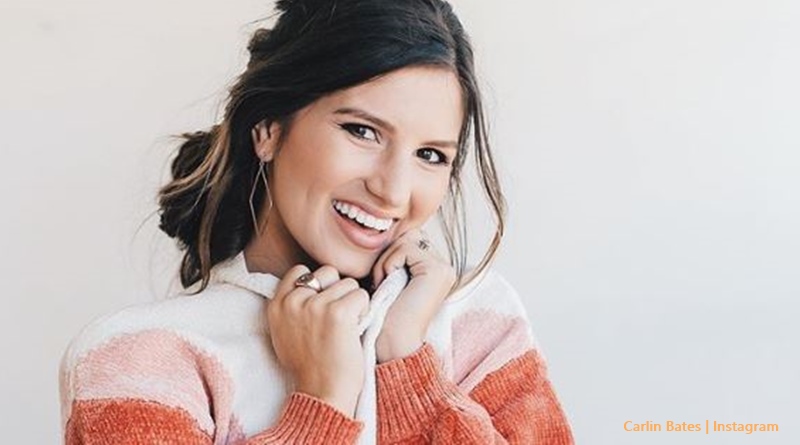 Bringing Up Bates fans got excited recently when they spotted a definite baby bump sported by Carlin Bates Stewart. Almost as excited as she is, fans eagerly follow her Instagram for more news about her pregnancy. Now, she shared about her chocolate cake cravings, and many fans know exactly how she feels.

Carlin’s not shy about sharing progress on her pregnancy. TV Shows Ace reported, “Carlin took to her Instagram Stories and her main page to share about the newest gender reveal for the Bringing Up Bates family. And, it’s a girl! Both she and Evan looked delighted with the news. Also, they revealed the name of their little girl. They chose, Layla Rae Stewart.”

At the end of October, the baby bump became noticeable, and now fans want more news from her about her and Evan’s first child.

In her latest photo, the Bringing Up Bates star’s standing with her hands above and below the bump, looking really cute.

She captioned it with, “The responsible woman in me is budgeting for groceries. The pregnant woman is going ‘Oooo! Chocolate cake!'” Plus, she noted that she’s now 25 weeks pregnant. That puts her in her second trimester already! And, What To Expect Next, tells us that food cravings usually start at the end of the first trimester.

Fans who currently carry babies, or who already had them, know exactly how Carlin feels. They can’t really stop them, as these might arise from hormones or even nutritional needs. On her Instagram, fans of Bringing Up Bates told her to just go ahead and buy that chocolate cake. In fact, some of them urged Carlin to buy two! One fan said, “Having a girl makes you crave sweets so bad! Haha I’m 24 weeks with my second girl and I’m trying not to gain too much weight but man…those sweet cravings win sometimes.”

Another fan going through the same thing told Carlin, “I’m 25 weeks too and I relate to this way more than I’d like to admit except for me it’s cheesecake.” But one follower noted that they struggle with the chocolate cake cravings well. Only, they’re not pregnant!

Meanwhile, another follower commented, “There is just nothing like eating what you’re craving while pregnant. It’s the most satisfying thing ever.” Interestingly, fans commented on their cravings. They ranged from Turkish delight (lokum) to brownie mix, fudge, and yes, chocolate cake.

The responsible woman in me is budgeting for groceries. The pregnant woman is going “Oooo! Chocolate cake!” 😋 #25weekspregnant

What do you think about Carlin Bates Stewart craving chocolate cake, but trying to be responsible?  Sound off your thoughts in the comments below.

Remember to check back with TV Shows Ace often for more news about Bringing Up Bates.