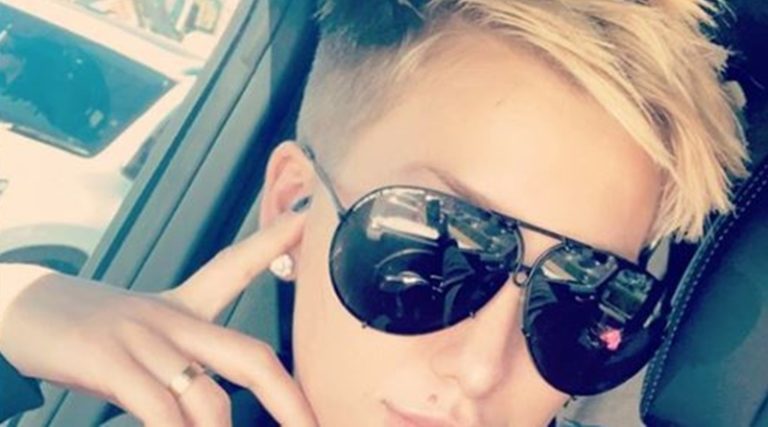 Savannah Chrisley has been making a lot of big changes in her life lately. She got a shocking new haircut, which has confused fans. She’s still planning a wedding to fiance Nic Kerdiles. She also recently launched a new fashion line. Now Savannah is celebrating a major milestone in her life, as reported via Yahoo! Entertainment.

The collage shows the Chrisley Knows Best siblings standing on a church stage. It looks like Savannah is getting baptized in the photo. The touching photo also shows the two embracing each other. In the lengthy caption, Savannah talks about her commitment to her Christian faith.

Savannah has never been shy about talking about her Christian faith. She revealed she’s grateful for God’s love and for being a faithful Christian. Savannah also took the time to thank God and to praise Him for all the beautiful things he has graced her in her life.

Savannah also talked about how her faith has kept her strong during the difficult parts of her life. Many of Savannah’s fans were supportive of her raw and emotional Instagram post.

Savannah Chrisley has also been serious about her fiance Nic Kerdiles. She’s been teasing about their upcoming wedding on social media and on Chrisley Knows Best. As previously reported via TV Shows Ace, some fans think Savannah is already pregnant. But it looks like Savannah was having a huge case of baby fever, as evidenced by her Instagram profile.

Savannah took to Instagram to share a photo of herself cuddling up to a baby. Some of the fans were confused and assumed that the little bundle of joy was hers. But she didn’t let the rumors get to her. She responded to a fan that the baby belongs to one of her friends. At least she has a good sense of humor about it.

What are your thoughts on Savannah Chrisley’s recent milestones and changes in her life? Sound off below in the comments section.

Remember to check back with TV Shows Ace often for more news on Savannah Chrisley.