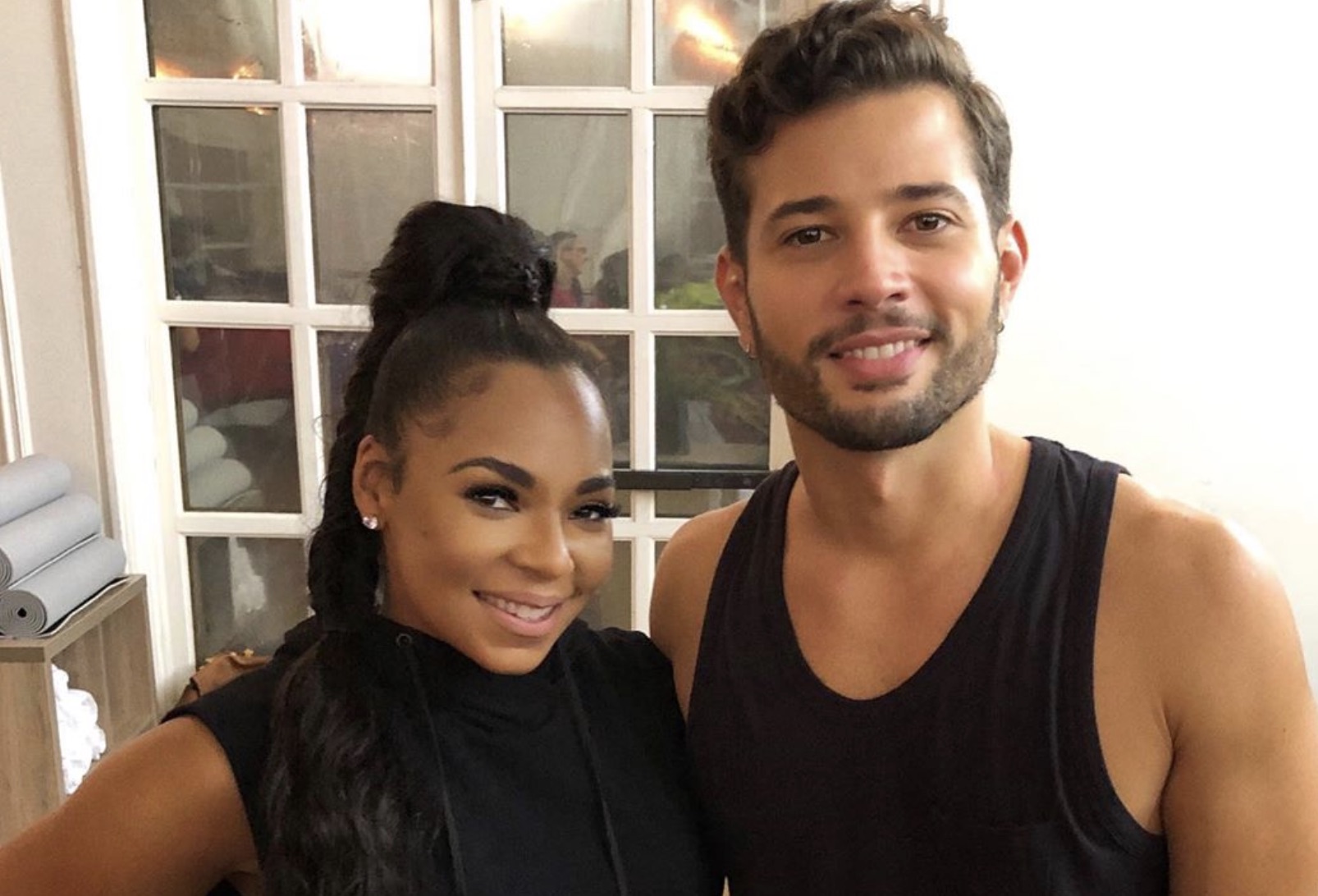 Recently, TV Shows Ace gushed over the Dynasty musical episode, “Something Desperate.” While the Carringtons all sang iconic 80s songs, it seems that this week, fans will hear some really incredible singing. Ashanti is guest starring on the CW reboot!

Sam (Rafael de la Fuente) is opening his new hotel and Ashanti is going to be his special guest star! Seems like last week, Dynasty was setting up the prelude to Ashanti’s guest starring role. TV Shows Ace had reported that award-winning, Broadway director Kenny Leon directed the episode, “Something Desperate.”

In the episode, members of the Carrington clan performed songs by Phil Collins, Tears for Fears and even the Talking Heads. While it is no secret that Elizabeth Gillies’ (Fallon Carrington) vocal chops are spectacular, the biggest surprises were Sam Underwood and Grant show, Adam and Blake Carrington. Although Sam plays the character every Dynasty fan hates, he certainly earned some respect with his piano playing, dancing and singing performance.

While a Dynasty musical episode seemed like a singular event, it appears that the next episode, “Something Desperate,” will include the stunning soprano of Ashanti.

This bitch is nuts. #Dynasty

On Wednesday, Rafael de la Fuente was the first to report that Ashanti would be guest starring on Dynasty. On Instagram, he posted “Sam’s first guest of honor at his hotel is Ms. @ashanti who was so sweet and fun to play with. Be sure to check out Friday’s episode of #Dynasty, it’s an eventful one💥”

Already there has been one clip from the episode. Anders (Alan Dale) tells Sam “I’ve got three oranges. I can put on quite a show.” With Sam responding, “I will just forget you said that.” Sounds like they may be calling in a favor for their hotel grand opening!

There is no other information on Ashanti, but we do know a bit more about the episode entitled, “Mother, I’m At La Mirage.” Adam, who experienced a horrific injury, is now getting “unexpected” attention from his father, Blake. Since being rejected by Liam (Adam Huber), Fallon focuses on her former business, Femperial. She sold it to Kirby Anders (Maddison Brown) for a buck, and Kirby isn’t going to sell it back. Speaking of Kirby, she is getting cozy with a new pal, but her former flame, Culhane (Robert Christopher Riley) isn’t too keen on this. Is she getting herself into something dangerous?

As for the title, could this mean that Alexis will pop up in this episode? We know Elaine Hendrix is Nicollette Sheridan’s replacement as the diabolical Carrington matriarch. And if she is back, who will play Dex Dexter, the man that Alexis married in the original Dynasty?

This doesn’t sound like another musical episode, but there looks to be a party and Ashanti is guest starring!

Ashanti fans, are you ready for her guest starring role on Dynasty? Be sure to check back with TV Shows Ace for the latest Dynasty news. Dynasty airs on The CW on Friday nights. In short, international fans will have to wait until the season ends to binge the full series on Netflix. This should be in early June.