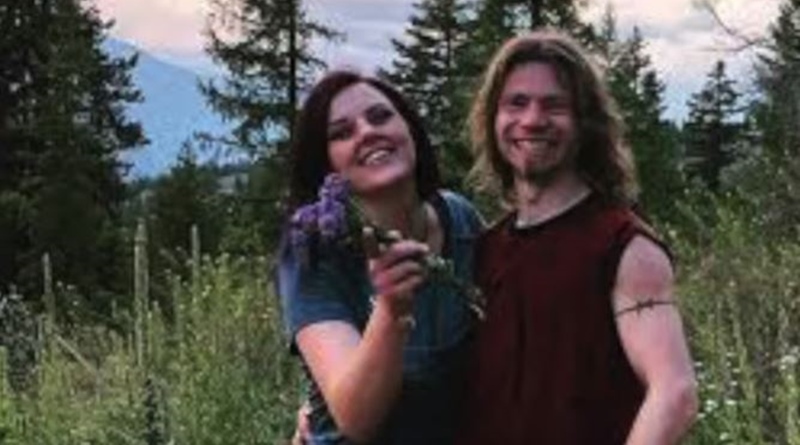 Alaskan Bush People fans know that Bear Brown and Raiven Adams are expecting a baby. TV Shows Ace noted that Bear talked about it on his Instagram recently. Plus, we now hear that Raiven also broke her Instagram silence to talk about the baby and give some new updates.

TV Shows Ace reported that back in September, Bear and Raiven decided just two weeks after their engagement, to call it all off. It seemed at the time, that Raiven just couldn’t handle all the “drama” and “harassment” she got from being involved with the reality TV show. Pregnant, she hoped to make a future with Bear but Alaskan Bush People critics simply overwhelmed her.  But, then we also heard that they decided to give it another go, and remain engaged.

Their baby’s now 15 weeks old, and Bear shared about that. He posted up a scan and we reported he said, “Hey everybody! Check it out! So amazing so awesome! Raiven’s and my baby, is at 15 weeks! I can’t wait to hold this little one in my arms!” Well, fans think Bear’s gonna be a wonderful dad.” SWe also noted that “fans commented on the post. One fan wrote, “Congratulations what a wonderful exciting life event!!”

Raiven breaks her Instagram silence, excited about the baby

Back in October, Raiven deactivated her social media. But last week, she returned and let everyone know she’s okay now after she went away to “focus on [her] mental health.” Country Living reported on the return to Instagram. They noted that Raiven “shared a grainy sonogram photo from a recent doctor’s visit alongside a caption that revealed even more about their child.” She captioned it with “We are officially 15 weeks and two days! Our baby is already stubborn 😂 crossed legs, and the umbilical cord made it impossible for us to find out if it’s a boy or girl,” explained. ‘But the heart beat was 168. This little one looked like he or she, was sucking her thumb and waving at us 😂!'”

Alaskan Bush People star Bear also commented, saying that their baby’s “a little miracle.” Next Raiven also shared about her due date and told fans of the Discovery show that the doctor confirmed her expected due date of April 19. It seems a pity that people troll on Raiven who feels the need to take absences from social media. After all, fans of the show love the idea of following Bear and Raiven through their pregnancy journey. Hopefully, the trolls ease up a bit. That way, it won’t spoil it for fans who love the couple.

What is your guess?

A post shared by Bear&Raiven (@alaskanbushpeoplebearandraiven) on Oct 11, 2019 at 2:29am PDT

What do you think about Raiven returning to Instagram to update fans about her baby? Do you hope people stop trolling on them so we can follow their pregnancy? Are you excited to hear that for now, Bear and Raiven remain engaged and we can hope for a wedding one day? Maybe Discovery will air it on the show in a future episode. Sound off your thoughts in the comment below.

Remember to check back with TV Shows Ace often for more news about Alaskan Bush People.