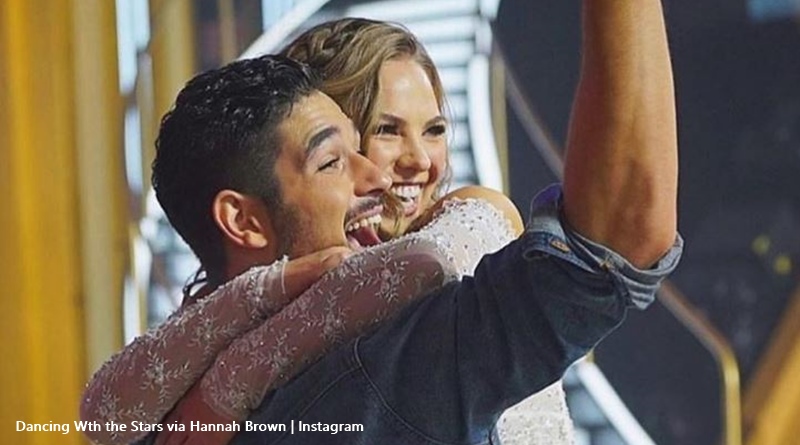 DWTS historically got criticized for allegedly allowing a system of vote cheating. This year, Hannah B’s season on the show might still fall down in that area. Undoubtedly, if there’s a gap still, then almost any of the competitors could get wiggle room to go through. Although the voting system’s different this year, a glitch from years ago might still be around, that fans can use to vote more than they should.

The Nicki Swift Blog previously wrote about the possible ways voters could cheat. They cited some of their material to The Washington Post. Over there, it got alleged that a voting scandal was noted. They wrote, “This week’s coveted Dorothy Kilgallen Investigative Gossip Award goes to Jezebel’s Tracie Egan Morrissey for uncovering the scandal of  Sarah Palin’s vote scam on behalf of daughter Bristol’s candidacy on “Dancing With the Stars.”

As Nicki Swift noted some years later, “They don’t have to be VALID email addresses to register them with ABC.com, there is apparently no validation process. They just have to be formatted like a valid email address.” Well, it looks like that system might still partly be in place, glitches and all. And if fans do it for one of their favorites, which is very likely, fans do it for all the stars.  Despite the live voting this year, there may still some of those shenanigans going on. Some people even wonder if the voting’s the reason Sean Spicer’s still on the DWTS show. Cheatsheet speculated that, “MAGA supporters are voting Spicer through even though he’s objectively untalented.”

Slow to share her feelings about getting through this week, Hannah B finally posted up about her Samba with Alan Bersten. She said, “Sending virtual hugs to all you guys! 🤗Thanks for supporting and allowing us to keep dancing each week. Last night really made me realize how much I want this—I’m not ready to go home! Keep voting, and I’ll keep working hard to improve!” Well, that got her fans talking about voting. One DWTS follower urged people to as they do.

The follower answered a fan who asked if they could vote more than 10 times. They said, “create more emails on abc. And use different phones.” Next, explaining how it works, the fan said, “you go to email pages and create accounts and then you sign up to abc with those emails and they send you a message in email to verify.” Does that sound familiar? Back up and re-read the things Nicky Swift and The Washington Post mentioned before if you skipped over it.

Other DWTS fans not happy with allegedly cheating the voter system

In answer to the info dished out on how followers can apparently vote their hearts out, one fan said, “this is cheating…., if she can’t win, and she can’t…. you resort to cheating??” Another follower mentioned, “you might not want to put it out there that her fans are cheating and rigging the competition in her favor.”

What do you think about this info from Hannah B’s fans? Is it possible that ABC still never fixed the voter cheat system that created such a scandal about Sarah Palin’s alleged vote scam in 2010? Sound off your thoughts in the comments below.