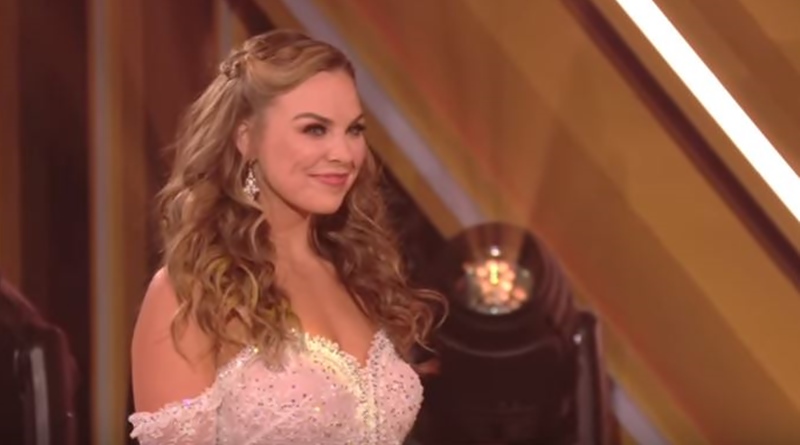 DWTS fans saw Hannah B and Alan Bersten score their first nines last week. This week, they didn’t get one again, but it was good enough for 24/30 as the three judges gave them eights. But, some fans feel the music was all wrong for a Samba. The couple danced to Southbound, the single on Underwood’s 2018 album Cry Pretty.

A number of nines got handed out again, but with the Samba many fans felt things went against Hannah from the beginning. On Twitter, they wondered why on earth they chose that song for Hannah to dance to. Well, they got through and at least didn’t get sent home. And, it seems almost anyone can get sent home for some obscure reasons. It’s almost as obscure as the fact that Sean Spicer remains in the show.

Actually, across the media people question the DWTS scoring this year. In fact, E!News suggested the “scoring makes no sense.” They wrote, “It was Sailor Brinkley Cook who went home tonight after she landed in the bottom two along with Ally Brooke—a frontrunner if we had to declare one. But Sailor also tied for the highest score of the night and was in the top four on the leaderboard for the past two weeks, meaning it makes no sense for her to have gone home tonight.”

Fans react to the Samba that Hannah B and Adam danced

Alan Bersten posted up on Instagram after the show, writing, “So proud of you @hannahbrown and thank you so much to everyone for keeping us in the competition!! We love dancing for you every week!!”

Meanwhile, Hannah didn’t share anything, but maybe in time, she will. On Alan’s page, one fan said, “Praying for better music next week!!! 🙌🏻.”

Over on YouTube, peo0ple feel the same with similar comments. One DWTS  follower said, “God you guys continue to pick awful songs like wtf. Why can’t you have an appropriate music genre for a SAMBA?” Another echoed the sentiment, writing, “what is this song?? Like excuse me you couldn’t give her something more upbeat for a SAMBA??”

Twitterati also had plenty to say about the Dancing With the Stars music choice for Hannah B and Alan Bersten. One person said, “Halloween week next week. Hope to see some quality group dances and BETTER MUSIC TO MATCH THE DANCES. Especially for Hannah. She’s so good please give her music that fits.”

Another person also mentioned it, saying, “Team@hannahbrown and @Dance10Alan. Hoping Hannah gets better music next week!! Technically she should be at top of the leaderboard.”

What did you think about the music chosen for Alan and Hannah B? Are you glad they got through even with no nines scored this week? Sound off your thoughts in the comments below.

Remember to check back with TV Shows Ace often for more news about the cast of DWTS.