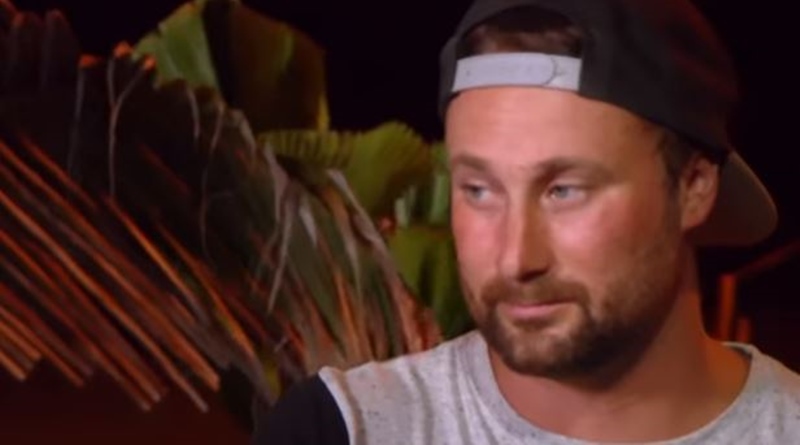 90 Day Fiance fans erupted on Instagram late Thursday night. Crowing about a follower who bullied Evelin and lost her job, fans felt angry as they thought Corey Rathgeber bullied her back. Others are furious as Evelin apparently once said on an Instagram Live that she wished haters would die. So, who’s bullying who now, fans wonder? Also, their rage showed that Corey went from totally Mr. Popular, to Mr. Not-So-Loved.

Most people agree that online bullying’s not only illegal but not very nice. But, when Corey spoke about a fan who bullied Evelin and lost their job, fans grew furious with Corey. It was more about what he said than any agreement that the follower should be free to bully when they felt like it. In fact, many fans feel that if anyone’s been bullying, then Evelin’s the one who started it. One follower recalled what quite a few people also heard. They noted, “On one of her live where she was defending Laura, Evelin has literally said she wishes Laura’s hater to die.”

For the 90 Day Fiance star to crow about the follower who lost their job, anger’s directed more at Corey than the jobless 90 Day Fiance follower. One fan summed up the feelings quite well, noting, “Bullying is not okay, I don’t feel bad for the woman who was identified. Funny how it’s okay for them to bully others but when they are bullied it’s not okay anymore.” Another said something about that, noting, “He was cyber bullying her in the video!!!! What a freaking hypocrite.”

What did Corey say that got fans so angry about bullying online?

In his video, which got shared by @187anonymousgossip, Corey said about the bully, “So she didn’t mean to say it? Well, I hope she learned her lesson. ” He added, “it’s not alright.” He noted, “She’s losing her job and she’s upset and stuff like that.” Corey added, “Well, good, she deserves it.” Corey also mentioned how bullying online can even “lead to suicide.” And up to that point, perhaps fans would have accepted what Corey said. But he continued, and that’s what got up the noses of many 90 Day Fiance followers.

Corey continued by saying, “Quite frankly, quite honestly, if you say that anybody should die – wishing death upon anybody, you deserve to be in prison.” Then he said, “Great I’m happy that you’ve lost your job. And, honestly, I hope a lot worse for you. I’m not going to lie. Like, you deserve it.” He added, “so own up to your words.” More than one fan felt that was really bad. After all, what about Evelin? Yet another fan reminded followers about her wishing people would die. They said, “What about when [Evelin] threaten to kill us in her video with Laura? [She’s] the biggest bully here.”

The basic story about the follower who got fired can be summarized if you don’t know what went down. Basically, as described by one follower in the know, “this woman dm’d evelin saying all these hateful things and she reposted the message and the woman’s IG handle and people screenshotted the message and sent it to her employer and now she’s getting fired.” That person probably was in the wrong, but critics sent in their angry comments for the way Corey dealt with it in his video. Here’s what a few of those 90 Day Fiance fans said:

What did you think about Corey Rathgeber crowing over the follower who lost their job for bullying? Do you think he bullied her back? Do you believe that Evelin should also slow down on the bullying? Sound off your thoughts in the comments below.