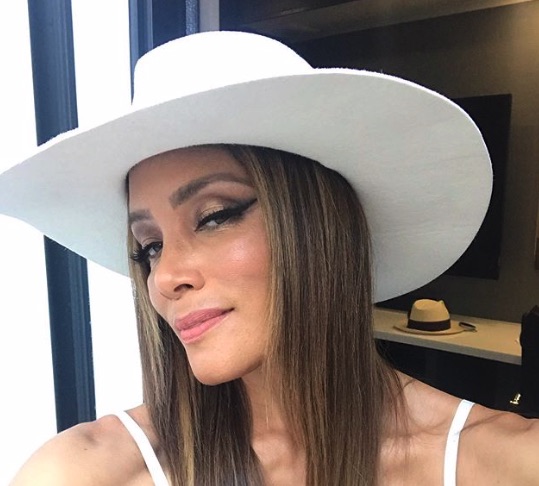 On Thursday, The CW released the first cast photo advertisement for Dynasty Season 3. The third season begins on October 11 with a third Cristal and no Alexis or Steven Carrington. Who is also missing from the ad is Dominique Deveraux and Adam Carrington.

What is going on?

The new CW advertisement for Season 3 is captioned “Family first. #Dynasty returns Friday, October 11.” But, where is Michael Michele, the actress who is portraying Blake’s (Grant Show) sister, and Colby mom, Dominique Devereaux? She was promoted to Season 3 regular, but she is not in this key advertisement.

Who is in not in the ad should say something about the upcoming season. This includes Steven Carrington (James Mackay), Liam (Adam Huber), and Adam Carrington (Sam Underwood). While Liam is not quite related to a Carrington, as he has only proposed to Fallon (Elizabeth Gillies), the fact that Adam is not on the “family first” photo seems odd. Or, perhaps it reveals a spoiler?

As for Steven Carrington’s return, there is nothing coming from the producers. James Mackay’s social media has been totally silent since July 1. This is unusual for the Aussie actor. Fans have been leaving him messages, hoping for Steven’s return to the series. What about Alexis Carrington? Who is replacing Nicollette Sheridan?

CW Fails To Promote Dynasty On Own Instagram Page

What has been very curious and even upsetting to Dynasty fans is that The CW and Dynasty social media team has failed to promote their show during the off season. Instead, there are posts on shows like Hell Cats, Katy Keene, and even Schitt’s Creek. The social media response from fans has been comments such as “We need Dynasty!”

With the exception of news that Ana Brenda Contreras, aka the “second Cristal,” departed the show for her health, and executive producer Sallie Patrick leaving the show with Josh Reims replacing her, there has been very little news about the upcoming season. Thanks to Michael Michele’s frequent Instagram photos and videos, Dynasty fans have been able to see what is happening with their favorite show.

Should Dynasty fans be concerned about the future of their favorite show?

Maybe not. It appears to be a CW cash cow.  According to By The Numbers, former CBS head Les Moonves shared what a moneymaker Dynasty is. He revealed that, “We own 100 percent of the show, and we’ve already licensed it to Netflix in 188 countries. … So this means Dynasty is profitable before it even hits the air.”

Or, could the social media silence be that Season 3 will include a boatload of surprises and returns? Could the “family first” advert hint that there is more to come? We will know soon!

Dynasty fans, what do you think of The CW advertisement? Do you think Michael Michele should be in that advertisement? Please share your comments and concerns. Be sure to return to TV Shows Ace for the latest on Dynasty. Dynasty Season 3 returns to The CW on Friday, October 11 at 9/8 CT.