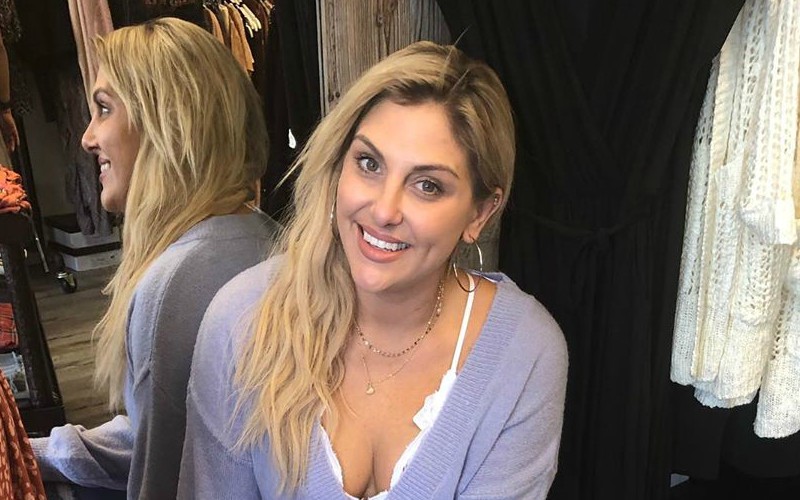 The Real Housewives of Orange County star Gina Kirschenheiter recently opened up to PEOPLE Now about her DUI arrest. While Gina has been open about taking responsibility, telling her children was another matter.

Gina shares three children with her ex-husband, Matt Kirschenheiter. Their children are between the ages of 7 and 4. So while the younger one may not have questions, the other two are more likely to be curious. One thing they want to know why their mom can’t drive them to school.

In her interview, Gina revealed that she walks them to and from school every day. She uses the poor decision to teach her children that actions have consequences.

‘Well, you know how mommy will drink wine? Mommy drank wine and she drove, and you’re not allowed to do that. And I will never do that again.’”

Gina’s driver’s license was revoked after her DUI. She also received three years of probation when she pleaded guilty to the charges.

Gina does regret her decision to drive while intoxicated. However, she says that she is grateful to have the show where she can openly discuss her mistake.

“I have a platform to show people you know, you can make mistakes, but you can pick yourself up. It’s not about bad decisions, but it’s about how you handle, you know, the fall out.”

She has really picked herself up since her split with Matt. She recently went social media official with her new boyfriend.

Gina’s divorce from Matt isn’t official yet. The couple disagree on spousal support and go back to court later this month. While Matt originally agreed to pay Gina $10K a month in support. However, he went to court later and claimed that he lost his job as a result of his domestic violence arrest and sought a reduction in the support amount.

While that battle is playing out in the courts, Gina posted a photo to her Instagram of her new man with a cute caption.

“Always find a reason to laugh. It may not add years to your life but will surely add life to your years.”

Always find a reason to laugh. It may not add years to your life but will surely add life to your years ❤️

Interestingly, her divorce decree prevents her from introducing her new boyfriend to her kids unless it’s already that serious.

The Real Housewives of Orange County airs Tuesdays on Bravo.