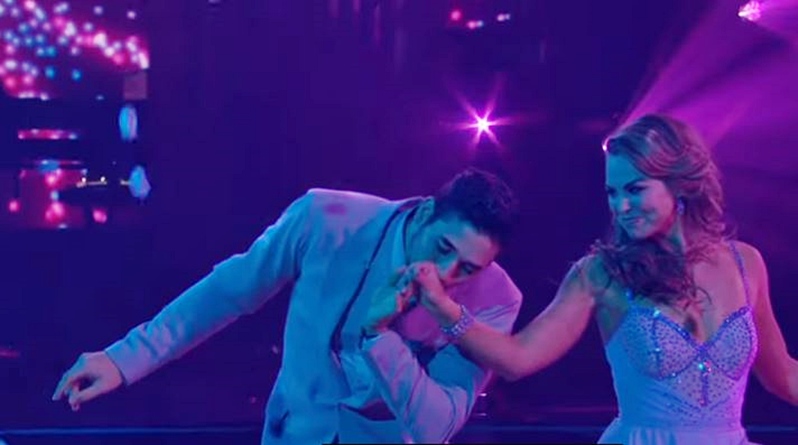 DWTS brings us Hannah Brown, who was featured on The Bachelorette. The roller-coaster ride saw several men win her heart at one stage or another. Ultimately, she lost all of them. Dealing with that’s been hard for her. But, she found a way to get through those emotions. On the ABC show, she uses dancing as a form of “therapy.”

DWTS – Hannah Brown gets in, The Bachelorette‘s lost love Tyler C’s not in

On The Bachelorette, we saw Tyler C falling in love with Hannah. However, when it came time for his proposal, Hannah B cut him short. She opted for Jed Wyatt, but that worked out badly. Later, she dumped him and invited Tyler for drinks. However, that also failed, after he dated Gigi Hadid. The new Bachelor, Pilot Pete also made some headway, especially in the windmills. But, he too lost his opportunity. After he left the show, Tyler C said he’d love to be on DWTS. However, that never came about. Possibly, it’s just as well, with a rather fragile Hannah getting on the show.

Hannah sometimes takes to her Instagram and talks about the ups and downs of dealing with The Bachelorette. But lately, her posts about DWTS show she’s in a better place. On September 9, she shared, “I’m 100% freaking the freak out, but I’m so grateful and excited for the opportunity to challenge myself and continue this journey of self-exploration. Continue on the hot mess express and tune in (Monday 8/7c on @abcnetwork) to watch me on Dancing with the Stars [weird yes, I’m considered the ‘star’]. It’s time to shine 🌟💃 WHO’S READY?!” Now a report came out about how she enjoys the show and “dancing’s almost a therapy.”

ONE WEEK. I’m 100% freaking the freak out, but I’m so grateful and excited for the opportunity to challenge myself and continue this journey of self-exploration. Continue on the hot mess express and tune in (Monday 8/7c on @abcnetwork) to watch me on Dancing with the Stars [weird yes, I’m considered the “star”]. It’s time to shine 🌟💃 WHO’S READY?!

Hannah B partners with Alan Bersten, says dance is ‘therapy’

Parade wrote about Hannah who spoke to reporters after the first competition. During her chat, she said, “I’ve been through a lot this year and so many good things have happened.” But, she admitted DWTS follows a “crazy year for me.” She added, “we’ve definitely been having to deal with those ups and downs in rehearsal.” But she also notes dancing’s a way she feels “good.” It’s okay to be upset, but she stresses she’s able ‘to use dance as almost a therapy.’

Meanwhile, pro-dancer Alan Bersten feels Hannah worries way too much. He said, “She doesn’t give herself enough credit.” Bersten thinks Hannah works really hard, possibly harder than anyone he met. But, he noted ‘she’s a little insecure right now. It’s going to come out. Her smile is infectious. When we’re dancing and she gets a move right, I’m like, ‘Oh yeah, that makes me feel good.'” Actually, Hannah took a bit of a beating from fans during The Bachelorette. No wonder she feels a bit insecure.

What do you think about Hannah Brown feeling that dancing’s like ‘therapy’ after The Bachelorette roller-coaster? Do you hope to see her grow as a dancer and in the area of self-confidence? Sound off your thoughts in the comments below.